Make some noise with these traditional Colombian instruments! 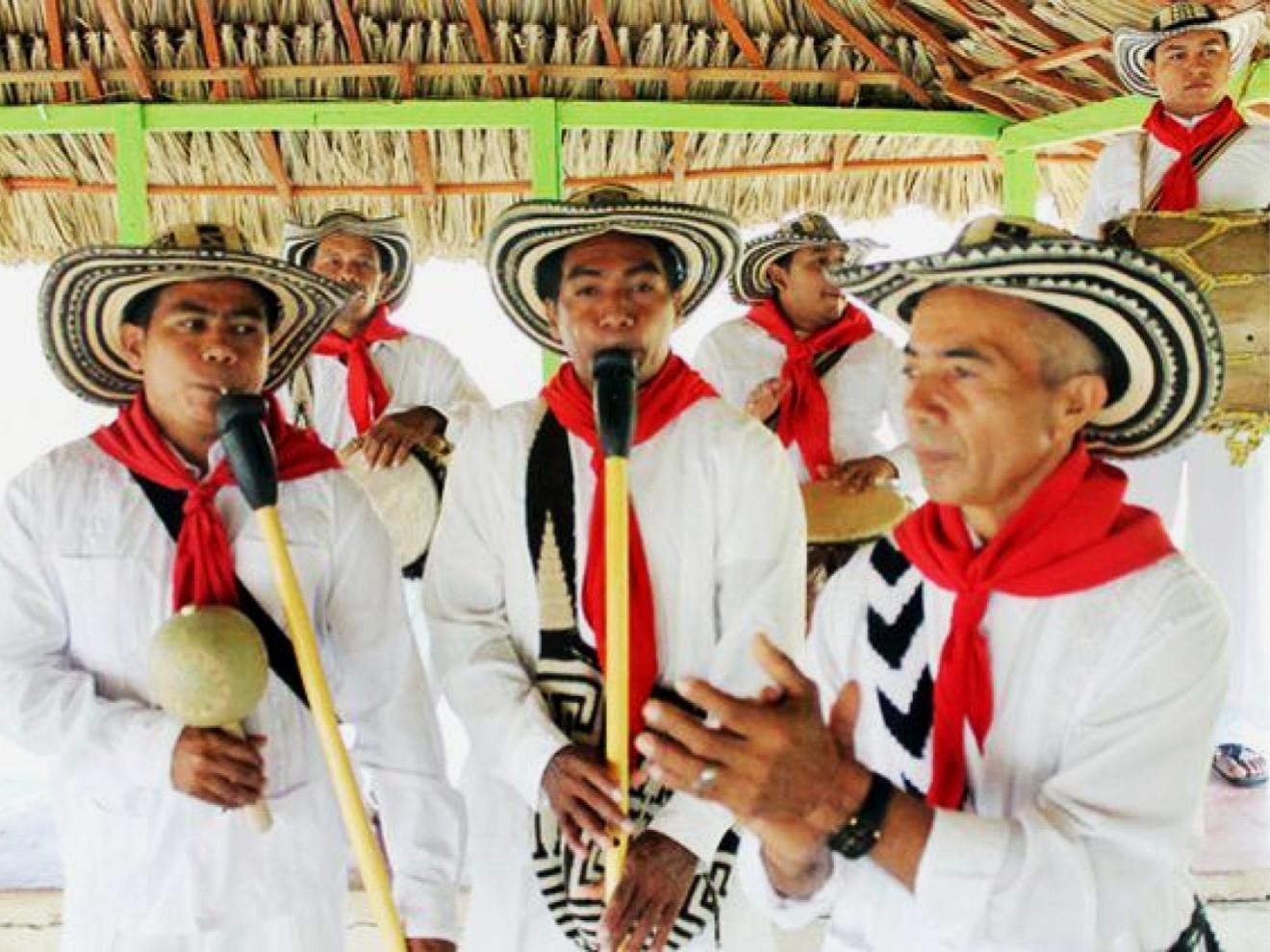 If music is not something that makes you dance, then I don’t know what else will! And amazing music is what we have in Colombia; tons of beautiful, fun, interesting, and inspiring melodies for all tastes! Played on every single corner in the country, with the most amazing traditional instruments, prepare to embark on this joyful ride of beautiful sounds!

I’m sure that none of us can survive without music, which is always there to make everything better and Colombians for sure have that ingrained. It’s as simple as this: there’s no Colombia without music! It’s not only a very important part of our culture, it’s also rooted in our DNA. You cannot describe our music with words; rather, you have to feel it coursing through your veins. What I can tell you is that we have tons of amazing and very interesting instruments that create the most beautiful and distinctive melodies. The diverse nature of our traditional music makes it a perfect opportunity to discover sounds and instruments that I’m pretty sure you’ve never heard before!

All about music and instruments!

Colombian music has three major influences on its melodies and rhythms: West African slaves, European colonists, and indigenous tribes. All three make distinctive sounds recognized in different parts of the country. Each region has at least two or three traditional genres that people listen, dance, and sing to. The instruments I’m about to show you are well-known and have been selected because of their importance and uniqueness. Though there are many more, they make a perfect example of what traditional Colombian music is all about!

Very typical of the Eastern Atlantic Region, the acordeón (accordion) is the main instrument of Vallenato melodies. It was invented in Austria by Cyrill Demian, but arrived in Colombia in the 20th century. It’s a portable, freely-vibrating reed instrument that consists of a keyboard and bass-casing connected by bellows. Acordeón has become so characteristic and important for Colombian music that each year we host the world’s biggest accordion-playing contest (Vallenato Legend Festival in Valledupar).

Listen to the sound of the acordeón in the song La Casa en el Aire by Rafael Escalona.

With a beautiful name, the is a percussion instrument typically made from the trunks of small palm trees. It was invented by the indigenous Colombian tribe of Tayronas as an instrument to simulate birds’ singing. Guacharaca is an essential part of Cumbia and Vallenato as well, and it consists of a tube with ridges carved in its outer surface. Its size can change according to the region and to play it, just scrape the tube with a wire fork.

Listen to the sound of the guacharaca in the song Puya vallenata by Cocha Molina.

One of the most autochthonous Colombian instruments, and known as the “Colombian bagpipe” (because it kind of sounds like one), the gaita is a wind instrument played mostly in the Atlantic region. It was invented by the Kogis (which is another indigenous Colombian tribe) and is an essential part of Puya and Porro music. The gaita is made from a hollow cactus and beeswax, with a head made from the stubble of a feather and holes for different notes. It’s played like a vertical flute, and it has a female and a male version: the first is in charge of the main melody and the second, doubling some notes or playing bass notes.

Listen to the sound of the gaita in the song Mi suspiro by Los Gaiteros de San Jacinto.

Among the typical instruments of Andean music (Bambucos and Sanjuaneros), the tiple is one of the most distinctive and important ones. It’s a direct descendant of the Spanish 4-stringed guitar and it was brought by colonizers in the 18th century. The tiple is a 12-stringed (arranged in four sets, each with three strings) small guitar, mainly used as a rhythmic and harmonic instrument. Its ringing, harmonically-rich sound is comparable to that of the harpsichords.

Listen to the sound of the tiple in the song Veleñita by Pedro Nel Martínez.

One of my favorite Colombian instruments and very typical of the Pacific region, the marimba is a deep-toned, large wooden xylophone of African origin. It plays a central role in Currualo music and it usually consists of 14 to 28 keys or wooden bars struck with mallets and suspended over bamboo resonators. The marimba is typically played simultaneously by two men and like any other percussion instrument, you bang it with all the energy and passion you have!

Listen to the sound of the marimba in the song Amanece by Herencia de Timbiquí (love them!), and Mi Buenaventura by Grupo Bahía.

The Colombian version of a harp, the arpa llanera (as its name indicates) is very typical of the Llanos region. It’s the lead melodic instrument of the Joropo music and it’s usually made of a long, straight wooden neck that holds 30 to 34 strings diatonically tuned. It was introduced by the Jesuitas (Jesuits) around the 20th Century as a model of acculturation of indigenous tribes thatlearned how to use it and modified its characteristics with time. The sound is similar to the harp used by Professor Quirrell in Harry Potter and the Sorcerer’s Stone to keep Fluffy (the gigantic three-headed dog that guards the stone) asleep!

Listen to the real sound of the arpa llanera in the song Llanero sí soy llanero by Cholo Valderrama.

I don’t know about you, but writing this article made me feel alive with the melodies played through the traditional Colombian instruments I just showed you (also read my article about traditional Colombian Christmas instruments). Built with local materials and upholding a rich part of Colombian history, they are an excellent example of our diverse, traditional-folk music culture! And last but not least, if you come to Bogotá, you’ll probably have a good chance of seeing and hearing all these instruments live. Why? Well because Bogotá is the city for everyone and here you can find everything!

Was this article useful? Do you know more cool stuff about Colombian typical instruments? Or maybe an experience you would like to share? Please share and/or comment on this article, and visit our homepage Colture to take a look at my articles and many others to find more essential information about Bogotá before and during your trip.

Traditional Colombian games and sports: how to play rana