Loosen your hips and dance with Colombia’s Cumbia! 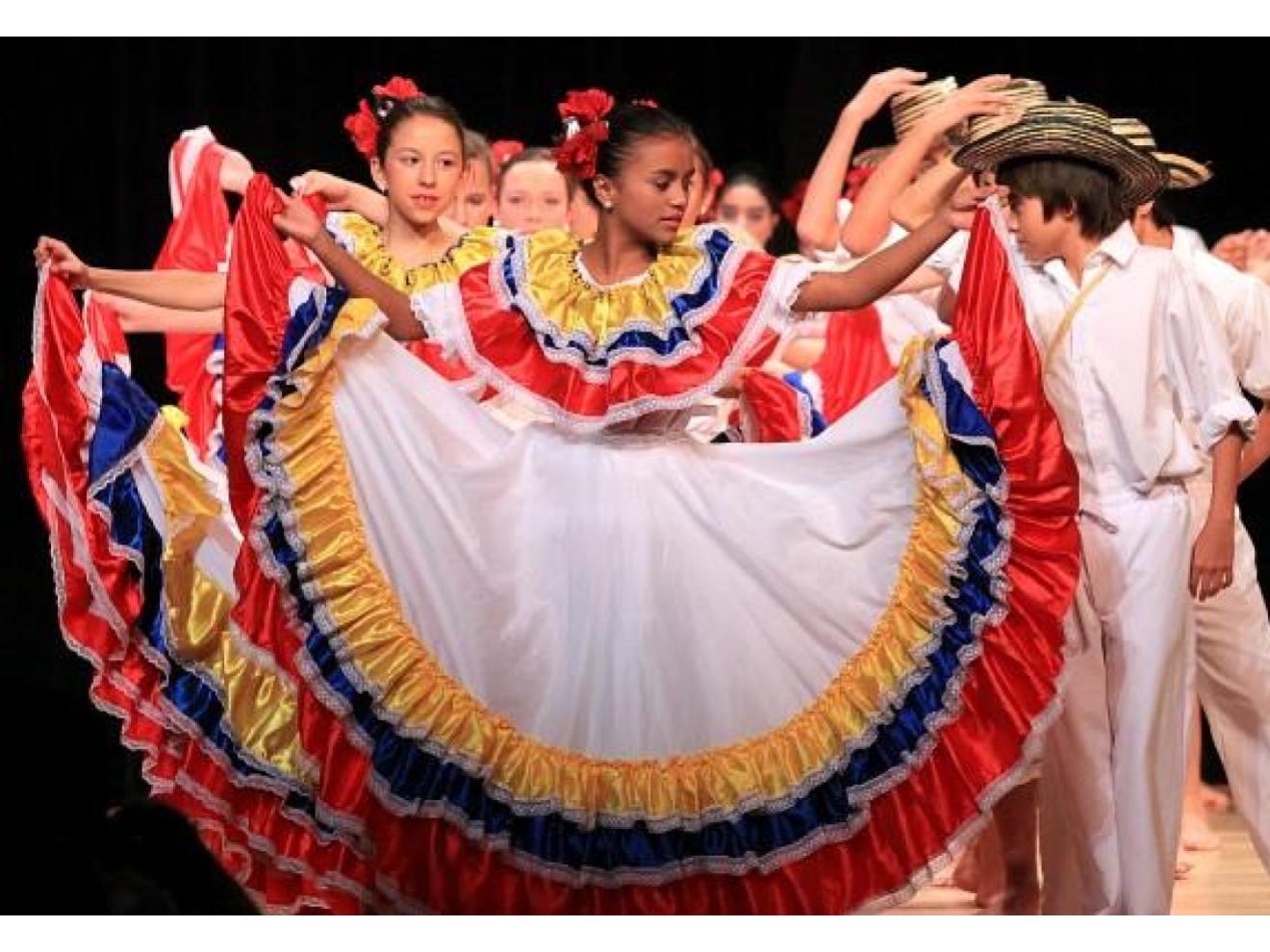 Music is ubiquitous and there’s no place that exemplifies this more than in Colombia! We are absolutely in love with our traditional music and dance, which are present all over the country and make everything better and happier. Cumbia is one of the most representative genres of our culture and it’s amazing!

When I say that music is ubiquitous, I mean that it’s like the presence of a deity; in other words, it’s omnipresent. Colombia represents this pretty well because, on every single corner, you’ll notice that our traditional music is (and will always be) an accurate representation of our culture and nationality. Many of these genres. like currulao and joropo, are autochthonous and you have probably never heard of them before. But cumbia is well known internationally, not only because it’s considered our main folk-style music, but also because it has managed to transcend borders with its unique rhythms, dance, and style. Cumbia has also been a great source of inspiration for much of our popular music.

So where did cumbia come from?

It’s hard to tell exactly when cumbia became a musical and dance genre in Colombia, but many people believe it was around the 1800s.  Cumbia comes from the word cumbé (which is the name of a typical African dance) and like many other traditional genres, it’s clearly a mix of African, European, and indigenous tribes. Born on the Atlantic (aka the Caribbean) coast, cumbia was originally a courtship dance performed by African slaves. Cumbia later evolved with the melodies and some instruments of native influence, and also with dances of Spanish influence.

Cumbia is the official national dance of Colombia and it’s well-known and sung by most of the people in this country no matter where they are from. It became hugely popular in the 1950s when it modernized and spread throughout Latin America. Nowadays, there are numerous bands and musicians that, while not quite having the original sound, they still carry cumbia’s influence and roots in their melodies.

In addition, each year around late June, El Banco, Magdalena hosts the National Festival of Cumbia and it’s a MUST to experience.

Tambor mayor or Alegre: held between the legs and played with both hands, this large drum is in charge of keeping the rhythmic pattern, thus defining the specific style. Made of wood and animal skin.

Tambor menor or Llamador:  type of drum balanced on the knee and played with just one hand and off-beat. Smaller than the Alegre, but also made of wood and animal skin. Used to mark the rhythmic pattern and the tempo of the piece.

Tambora or Bombo: a two-headed bass drum played with a pair of wooden clubs or strikers. Made with animal skin and wood and in charge of the deep bass rhythms.

Guaché or Guasá: a large tubular rattle made with thick cane and seeds on the inside that clash with each other and make a distinctive sound when you shake it. Used for overtones.

Gaita: wind instrument made of hardened beeswax covered in coal and a turkey feather to blow air through. The female version has five holes and carries the melodies, and the male has only one hole and gives rhythmic and harmonic support to the female.

Caña de Millo or Pito: a mixture between a flute and an oboe that has four holes and is made from the native millo cane. It’s a short and very narrow tube that helps to carry the melodies.

Cumbia used to be strictly instrumental, but with time, lyrics and vocals have been added. The songs are usually about our traditional history, love, misery, joy or injustices. Cumbia tells stories, like any other song.

Like many traditional musical and dance genres, I’m pretty sure almost every single kid or teenager in this country has had the chance to dance cumbia at school (I did and it was fun!). At many festivals, events, and carnivals, you can enjoy dancing and listen to it as well.

The traditional cumbia dance is not difficult at all and the main movements are usually repeated throughout the song. It should be danced by couples formed in a circle around the musicians. Men are supposed to court and lure women through the movement of putting on and off their hats with one hand behind their back. Meanwhile, women also flirt and move according to the melody, while both spinning around and apart from each other simultaneously.

Cumbia’s dance is also well-known for its beautiful costumes, which consist of long skirts, flower headdresses, earrings, and makeup for women, while men wear white shirts and white pants, a red bandana, and a traditional hat.

If you want to see how Cumbia is danced, just watch this video.

As I mentioned before, cumbia is well-known because it has modernized with time, while still conserving its roots. There are many Colombian groups, bands, and musicians that have made outstanding arrangements using instruments (different from the traditional ones) and genres like hip-hop or techno to create new sounds.

Before I tell you a list of well-known artists you can hear, these are two cumbia songs that embody exactly what this genre is all about and that every single person from this country knows (at least a couple of lyrics):

And now, here is the list of other very well-known songs you can hear if you want to enjoy cumbia’s melodies and sounds mixed with modern arrangements:

To listen to more awesome cumbia songs, check out this Spotify playlist.

If you are in Bogotá, there are several places where you can listen and dance cumbia, sometimes even with live orchestras and bands. Head to Galería Café Libro and Gaira Café. This last one is owned by one of the most famous and traditional singers in Colombia, Carlos Vives.

Cumbia is amazing! I feel like there’s nothing more Colombian than its melodies and its history. It perfectly embodies our cultural mix of African, European, and indigenous influences.  We are for sure fiercely proud of our musical heritage and it does play an important part in our identity; cumbia is an excellent example of that!

Was this article useful? Do you know more cool stuff about cumbia? Or maybe an experience you would like to share? Please share and/or comment on this article, and visit our homepage Colture to take a look at my articles and many others to find more essential information about Bogotá before and during your trip.

Places near Bogotá: Suesca, a wonderful place for you to visit!