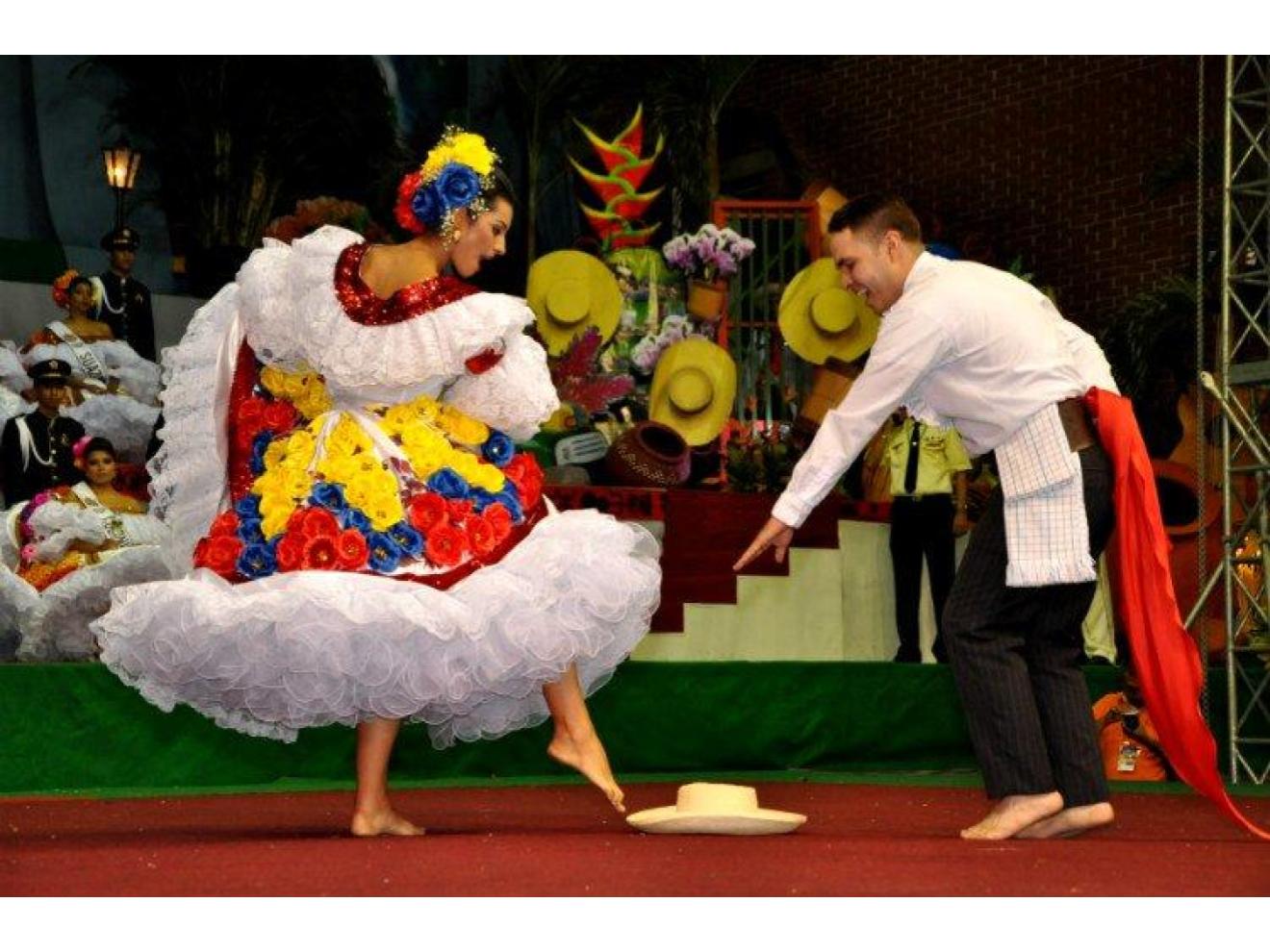 Thank goodness we have amazing music in Bogotá and in Colombia! Honestly, I don’t know what would I do (or anyone) without some good melodies. I can’t name all the traditional music and dance genres we have in our country because I’ll never end, but here I’ll tell you about a very interesting one called bambuco!

Though much of our music is well-known internationally, the most traditional music and dance genres in Colombia are only well-known within our borders. Most of us grew up with many songs and dances we know by heart because they were (and are) always around. I can’t think of anything more Colombian than our music, especially because its genres are divided further into sub-genres, with each one being unique and special depending on its location. Bambuco I know well because it’s the most prominent genre in the Andean region (where Bogotá is located and most of Colombia’s population as well) and I grew up listening and dancing to it thanks to my grandparents and to school presentations!

Bambuco is pretty much a fusion between Spanish and indigenous styles (though it does have African roots as well). In fact, it’s beat structure is very similar to the European waltz or polka. It became extremely popular all over Colombia between the 1920s and the 1930s. Nowadays, its popularity is not as it used to be, but at the same time, it has impacted many other modern genres.

As I mentioned before, bambuco is the most representative genre in the Andean zone and it differs from genres like cumbia, currulao, or joropo (by the way, read my articles about them). Why? The region. Andean territories are colder, yet beautiful, and their culture is very different from the other regions. Trust me, Caribbean is one thing; Andean is another.

Bambuco also has its own festival and beauty pageant (I know, it sounds weird, but one thing you need to know is that Colombia has beauty pageants for everything, even avocados!). It’s celebrated in Neiva (another Colombian city located southwest of Bogotá about five hours away by bus or forty minutes by airplane) during the last two weeks of June (this year, it’s June 15th-July 1st) and it’s called The Festival Folclórico, Reinado Nacional Del Bambuco y Muestra Internacional de Folclor.

Bambuco is usually performed by duos or trios playing different guitars and accompanied by singing. As it has Spanish influences, guitars are the main part of bambuco’s melodies, but rather than being traditional, they have other characteristics to create different and unique sounds.

In bambuco, you can find string, percussion, and wind instruments. Here are some of the most characteristic ones: (read my article about traditional Colombian instruments to know more):

Bambuco has sub-genres or categories which are also well-known among the Andean region: torbellino, sanjuanero, guabina, pasillo, and bunde.

Bambuco is primarily a couple’s dance with moments of brief, delicate contact between dancers, just like the waltz. It’s associated with love, showing the process of a romance through four stages:

The costumes are beautiful and very traditional as well: women usually wear a white, long skirt decorated with flowers and colors, and men wear a white shirt and black pants with a hat and a red bandana for the “love chase.” In fact, these types of costumes are also a great Colombian souvenir to take back home!

Watch this video to see a great demonstration of bambuco’s dance!

Sadly, bambuco has been suffering a loss of popularity among new generations of music like hip-hop, reggaetón, and bachata. That’s why its musicians, groups, and bands are only well-known nationally.  But if you want to be delighted by the beautiful melodies of bambuco (which I always do when I listen to it in my house), listen to these songs:

If you want to listen to more bambuco songs, check out this Spotify list.

My best recommendation to have the full experience of bambuco is to a the festival in Neiva or in other little towns. This way, you’ll understand the cultural movement that it generates around a community. If you are in Bogotá, it’s best if you hire a group (maybe Cañas y Cuerdas) that can personally go to your house, meeting, or celebration and serenade you with the best of bambuco!

Part of really getting to know a country is to get in touch with its music, as there’s no better manifestation of life, culture, traditions, and good vibes. Experiencing our traditional music and dances, such as bambuco, is a crucial part of understanding our identity, plus, I guarantee it will be a lot of fun!

Was this article useful? Do you know more cool stuff about Bambuco? Or maybe an experience you would like to share? Please share and/or comment on this article, and visit our homepage Colture to take a look at my articles and many others to find more essential information about Bogotá before and during your trip.

Hidden places in Usaquén that you should visit!