Neighborhoods in Bogotá: your guide to Chicó 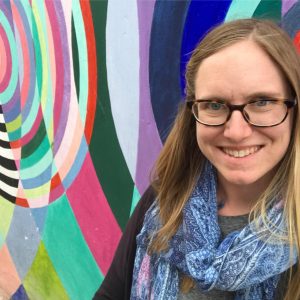 A big question that people have when moving to Bogotá is what neighborhood to live in. Bogotá is a big city and there are many options. Let this article be your one-stop guide to the Chicó neighborhood.

Chicó is a neighborhood in the north of Bogotá. It runs roughly from Carrera 7 to Autopista Norte and Calle 87 (which borders Parque Virrey) to Calle 100, with Parque 93 in the center of it all. It is a very posh area and apartments here lie within estratos 5-6. In Bogotá there are six “estrato” levels, one being the lowest, and six being the highest, most expensive. Those in the lower estratos have utilities subsidized and those in the higher estratos pay more for utilities, to cover the difference.

The biggest grocery store in the area is Carulla. There is one located at Calle 92 and Carrera 16 and another at Calle 100 and Carrera 15. Groceries, including international items, beauty products, and household cleaning products can be found here. Beware that this is the most expensive grocery store in Bogotá.There are five Exito Express stores in Chicó – see the locations here. These are small versions of the Exito supermarket (Read more in Main Supermarkets in Bogotá) and have basic grocery items and a few produce products.

There are also a few D1 stores and two Justo y Bueno. These are the most economical stores where you can find basic groceries, eggs, milk, cheese, arepas, and a few cleaning and beauty supplies. These stores typically do not sell fresh produce, although sometimes Justo y Bueno carries a few basic produce items.

In larger supermarkets, cash and cards are accepted, but in stores such as D1, Justo y Bueno, and smaller stores, they accept cash only. If you need to get Colombian pesos read Where to Exchange Money in Bogotá. Most neighborhoods in Bogotá have small tiendas (stores) with cheap fruits and vegetables, but unfortunately, these are hard to find in Chicó. If you know of one let us know in the comments!

The closest large shopping mall is Centro Comercial Andino in Zona T, at Carreras 11-12 and Calle 82. There are a few upscale clothing and boutique shops in Chicó, mostly around Parque 93, and other malls like Atlantis and El Retiro .

TransportationThe closest Transmilenio stations are along Autopista Norte (which is also Carrera 20). There is one station at Calle 100 and another at Calles 87-88, which is Virrey. There are also many buses and a few colectivos, small local buses, that run through the area. Read Basics for Transportation in Bogotá and Apps to Help You Get Around Bogotá to learn more about navigating public transportation!

There are also taxis available in the area and Uber is easy to get here. Lastly, there are permanent bike paths through Carrera 11, which make it easy and safe to navigate the area on bicycle!

Great restaurants can be found throughout Chicó, but the best place to start is Parque 93. There are countless restaurant options surrounding the park and it is right in the heart of Chicó. You can find traditional Colombian food as well as lots of international foods, including Italian, Asian, Burgers, and more. There are also a few fast food chains in the area.

For nightlife, Chicó is definitely calmer than neighboring Zona Rosa/Zona T, which is well known for its party vibe. Most bars are located along Carrera 15 near Calle 90 and between Calles 93-93b and have a classy, upscale vibe.

Chains and local cafes can both be found in Chicó. Along the edges of Parque 93 you can find Juan Valdez, Oma and Starbucks. There are also several Tostao Cafes throughout Chicó, which are smaller, quick-service cafes.

There are a few local cafes, my favorite being Azahar Café at Carrera 14 with Calle 93b, just two blocks west of Parque 93.

Chicó has three main parks: Parque 93, Virrey, and Parque del Chicó. Parque 93 borders Carreras 11a-13 and Calles 93a-93b and is surrounded by nice restaurants, coffee shops, and bars. The park itself is a nice place to hang out and has a small “mobile” library open on weekends and holds events from time to time.

Parque Virrey is a long narrow park and borders Calles 87-88 and Carreras 15-20 and is popular for dog walking. Parque del Chicó runs from Carreras seven to nine and Calles 92-94. It is a large park that includes ponds, playgrounds, picnic areas, and Museo del Chicó.

There are several hospitals, clinics and medical centers in the area. Many are around Carrera 19c with Calle 90, but they are not limited to this area. You can also find many dentists and eye doctors in Chicó. Pharmacies can be found throughout the neighborhood.

Overall, Chicó is a great neighborhood to live in, if your budget allows. It is clean and safe, and there are plenty of places to eat and shop, parks to enjoy, and services available. I really enjoy being able to walk through the neighborhood and find lots of international foods. Learn more about the various neighborhoods of Bogotá in our articles Best neighborhoods in Bogotá: Cedritos and Population in Bogotá: the city’s bustling neighborhoods. Have you spent time in Chicó? Let us know about your experience in the comments!

SIM cards in Bogotá: all you need to know about

Getting around the city: tips for taking a taxi in Bogotá