Getting around the city: tips for taking a taxi in Bogotá

Taxis are arguably the most convenient way to get around because they’re everywhere!  Even if you prefer the bus or Uber, you will likely end up taking a taxi at some point if you plan on being in the city longer than a couple hours.  They’re hard to avoid so you might as well learn how they operate! It’s easy, but I know it can be a little daunting hopping into a car with a stranger in a foreign country so these are some tips to keep in mind when using a taxi in Bogotá!

Look for the meter when you hop in

All taxis in Bogotá should have a meter up near the rearview mirror or sitting somewhere on the dashboard of the car, which the driver should zero out when you hop in, but the meter doesn’t actually start at zero. The starting rate currently sits at $2,500 COP (less than $1 USD) and goes up in increments of about $100 COP from there, whether you are sitting at a dead stop in traffic or flying on the freeway.  When you arrive at your destination, it’s always best to ask the driver how much it will be even if you can see the meter because often times, that number is not the final bill.  Bonus tip: If you know where you’re going, sometimes you can negotiate a set price with the driver; I usually do this with rides to and from the El Dorado International Airport.

All taxis will have information about the driver, including a photo and their name and license number, and the recargo prices posted somewhere in the cab; usually on the back of one of the seats or in the window.  Recargos are surcharges that are tacked on for certain locations, like the airport, if it’s past 8 p.m., if it’s Sunday or a holiday, or if you require door-to-door service.  No matter how far you go, you should expect to pay at least $4,400 COP (about $1.50 USD), the minimum as of March 28, 2018.

Instead of an address, give the cross streets

Bogotá is huge and drivers can’t be expected to know every place by name, so if you’re going to a very specific hole-in-the-wall restaurant not found on TripAdvisor, I would advise you give the nearest cross streets, for example “Calle 148 con Carrera 21.”  The city is basically built like a giant asymmetrical grid so this is usually enough information for the driver. Or, if you’re going to a popular area or major landmark, you can just say the name of the place, like Museo Nacional or Plaza de Mercado Paloquemado, and the driver will usually know where to go and how to get there.

To help ease any fears you may have, and because it’s simply safer, use one of the two most popular applications in Bogotá to call a cab instead of hailing one, Tappsi or EasyTaxi.  This way, you know you’re getting a reputable driver and you are less likely to get “gringo taxed.”  You can also call a cab too!  You can often find the phone numbers on th yellow cars themselves.  Just make sure you have a working Colombian SIM Card and you know some useful Spanish Words and Phrases to speak with the operator (or get yourself into some Spanish Classes)!

Try to use smaller bills when possible

When it comes time to pay, unless you’ve racked up a big number, don’t hand your driver a $50,000 COP bill ($17-$18 USD) for an $7,000 COP (little more than $2 USD) cab ride. Not only is it inconvenient for them, they may not have enough change to break the bill for you (speaking of bills, if you need to exchange currency, check out Where to Exchange Money in Bogotá).  And it’s always a good idea to check if the bills you receive are fake, which happens more with higher denominations.

Be respectful and courteous

Be nice to your taxi driver and don’t be afraid to strike up a conversation with them if they haven’t already done so!  I’ve met some funny and interesting individuals in my taxi rides.  And they might be the only thing keeping you sane if you’re stuck sitting in traffic! You might want to read A Local’s Guide to Navigating Bogotá to help you avoid traffic altogether.  Also, be sure not to slam the door on your way out; it will make for an unhappy driver.

Once you’ve done it a few times, taking a taxi in Bogotá will become very standard.  There are other modes of transportation to pick from, but taxis are always nearby and available so usually, they’re the most logical choice!  I also think they are part of the Colombian experience. Specifically, the somewhat harrowing experience when your diver zig-zags through traffic at a disconcerting pace; it’s totally normal and you (probably) won’t die.  It’s just another Colombian adventure!

Have you had any interesting rides or near-death experiences in any taxi in Bogotá? We can compare stories!  Let me know in the comments and be sure to follow my articles on www.colture.com!  Don’t forget to subscribe to our newsletter and follow us on social media for all things Bogotá related. Are you a local business? Get in contact with us to be featured on our website!

Neighborhoods in Bogotá: your guide to Chicó

Basics in Spanish that you must know to get around Bogotá 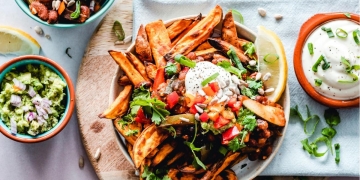 Vegetarian restaurants in Bogotá to indulge your palate 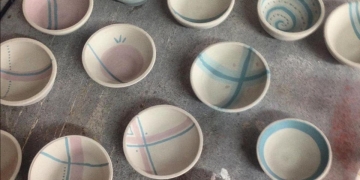 Ceramic art in Bogotá: a plate as a home 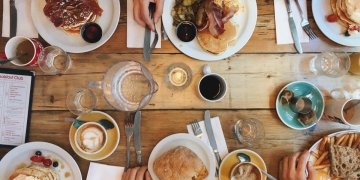 A day in Bogotá: local cuisine for any budget 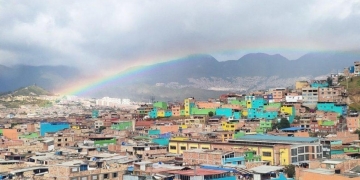 Bogota Theater Festival: entertainment and culture for all 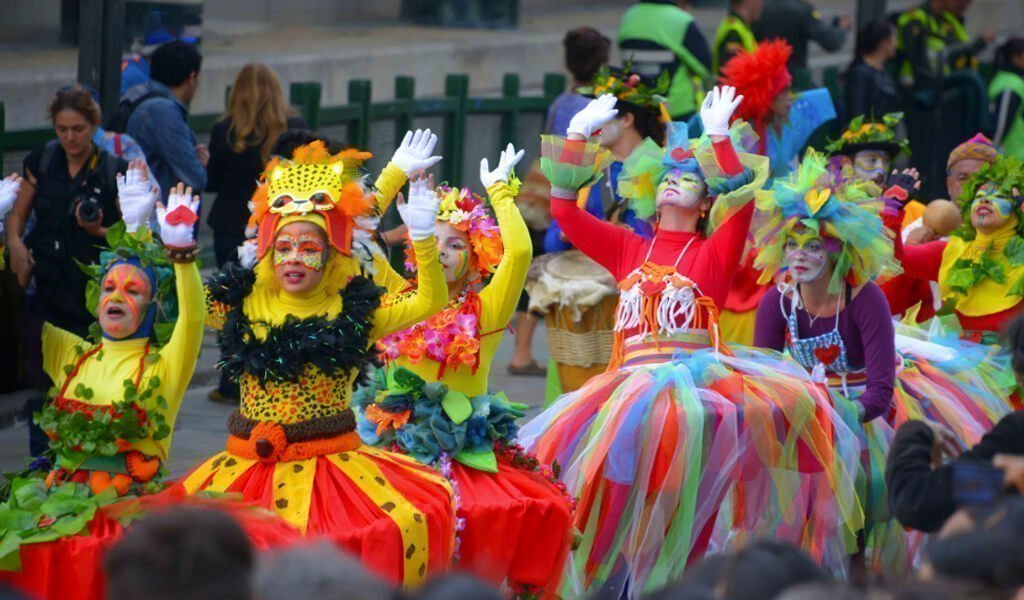 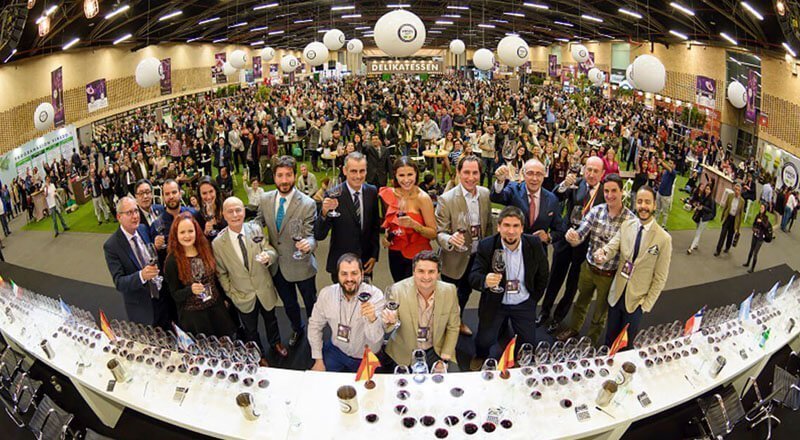 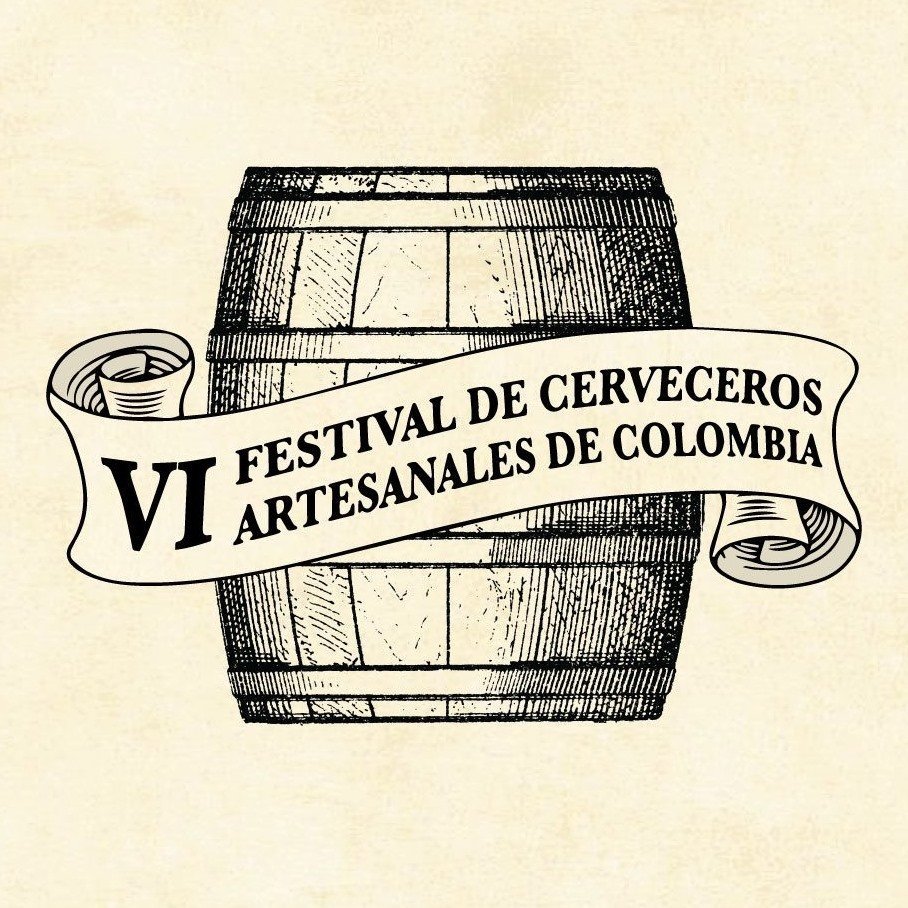 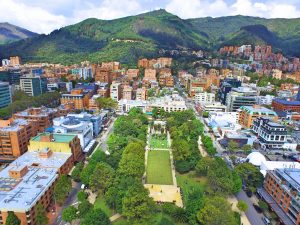 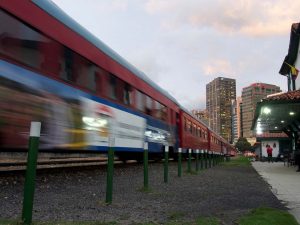