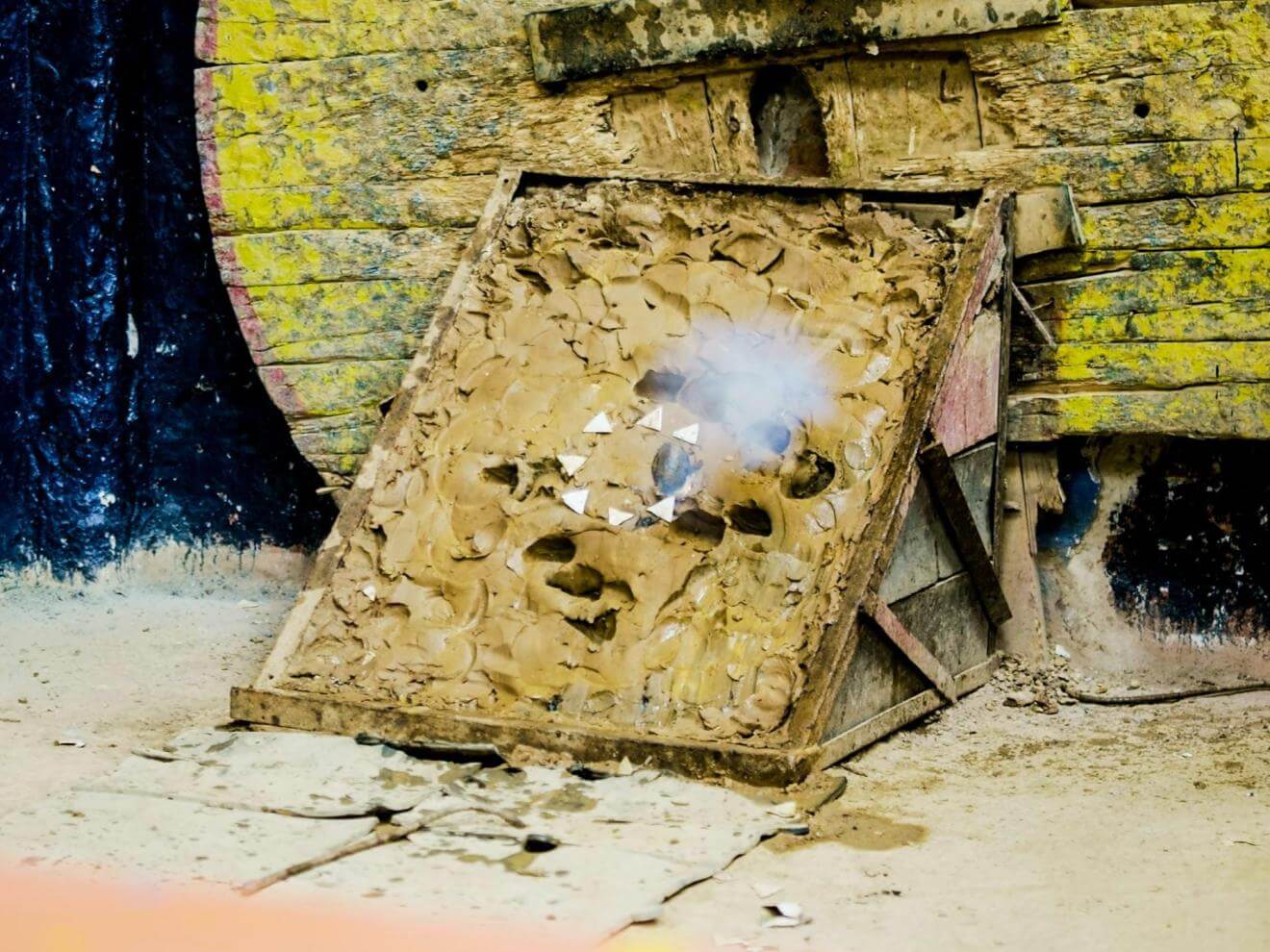 Throwing heavy-metal pucks, gunpowder, music, beer, explosives, and tons of fun! That’s what the Colombian national sport, tejo, is all about!. As crazy as it sounds, it’s very safe for everyone to enjoy. Tejo is similar to cornhole and almost like an alternative version of bowling, but much more explosive and entertaining. Boom!

I had a really interesting experience the first time I played tejo. I think I was about fifteen or sixteen when I went, and even though I grew up hearing tons of amazing and crazy things about it, I never imagined it was going to be as entertaining as it was. And so, from that point on, I enjoy (once in a while) playing tejo with my friends and having a literal blast! Also, I’m really not lying about the fact that tejo is considered the national Colombian sport (officially!), and it’s so popular, that it’s played in many places around the country. But I know what you are thinking, gunpowder? Explosions? BEER!? And the answer is yes, tejo involves all of these things and much more. No worries, it’s a lot of craziness, but safe fun!

What exactly is tejo?

The origins of tejo as a sport have never been 100% clear. The truth is, there are a lot of theories about its history, but most of them are merely speculations. The most widely accepted theory is that tejo was invented by the Muiscas (a Colombian indigenous tribe) as a form of entertainment many centuries ago, but instead of a metal puck, it’s rumored they used pucks made of gold! Originally named turmequé, tejo has survived the test of time to become the most appreciated and popular sport in Colombia.

Actually, when its popularity exploded (see what I did there?), it was played mostly by men drinking ludicrous amounts of beer and screaming at each other. However, nowadays women play it too, and, as an official sport, we even host tejo competitions and World Cups. That’s why Tejo can either be competitive or just recreational. The part about the beer (by the way, read our article  about typical alcoholic drinks to try in Bogotá to know more) and loud screaming is always there because it goes hand in hand with the fact that tejo does give you good levels of excitement and adrenaline. And the alcohol part is just a way of making it much more social because, above all, Tejo gathers people in one place for a couple of hours to share a good time. Trust me, playing tejo by yourself (which you can) would be insanely boring!

About tejo: the rules and how to play it!

There are no rules! Nah, just kidding. Like any other sport, tejo does have some rules to consider but forget about traditional scores, pitches, or players, Tejo is completely different.

The aim is to get the most points by throwing a metal disc or puck (called tejo) at a small, triangular explosive target (called mecha) located about 60 feet away on a wooden box (called post). The more targets you hit, the more points you get. Mechas are filled with gunpowder, so when you hit them, they burst into smoke making a decently loud sound.

The pucks come in two sizes: one heavier and bigger than the other (you choose depending on what’s better for you), and both are typically made of metal with a flat bottom and top. Pucks must be thrown from within the throwing area. They are also covered in powdered clay for a better grip. When you throw the puck and hit a mecha, then you get some points based on where the puck lands on the post:

The post is usually filled with clay to ensure that the puck will stick upon landing (hopefully). It also has a protective and much larger board behind it,  which is used to protect off-target pucks from leaving the field. Good players are able to throw the puck in such a way that it always lands in the clay, unlike amateurs or people that don’t play often (like me), who bounce the pucks off the board and all over the place (which can be dangerous as well).

There is another important thing to know about tejo: games can be played between individuals or in teams of up to six people, where everyone has a chance to throw once per round. If you throw on the first round and explode a mecha, then it’s your team’s victory and you’ll have an advantage; then you also have to switch sides to start the new round and the winner of the previous one is the first to throw. In addition (and for obvious reasons regarding the beer and all that), tejo is usually played by adults over 18. There are, however, places for younger people that don’t involve alcohol because the game also teaches some useful skills, like working in a group, maintaining concentration, and learning how to make good throws to hit targets.

And that’s basically it! It’s quite easy, actually, and if you consider the rules I just explained, then you’ll have a roaring good time!

Where to play tejo in Bogotá and how much it costs

There are so many places in Bogotá where you can enjoy a nice afternoon playing tejo, but take into account the cost varies depending on the site. It usually relates to either the cost of renting a line to play or the cost of consuming beer or other alcohol.  That’s why there is not a pre-established price because it cany vary a lot. Here are some of the most popular places:

I hope that I gave you the urge to play tejo and that it sounded as fun as it is! It’s a local experience like no other, where you get to have a good time and enjoy it with family or friends. Also, I volunteer myself as a tribute if you ever need an extra person to play! Have fun!

Was this article useful? Do you know more cool stuff about tejo? Or maybe an experience you would like to share? Please share and/or comment on this article, and visit our homepage Colture to take a look at my articles and many others to find more essential information about Bogotá before and during your trip.

History and origins of Bogotá: what‘s behind its name