Traditional Colombian desserts and sweets you need to try 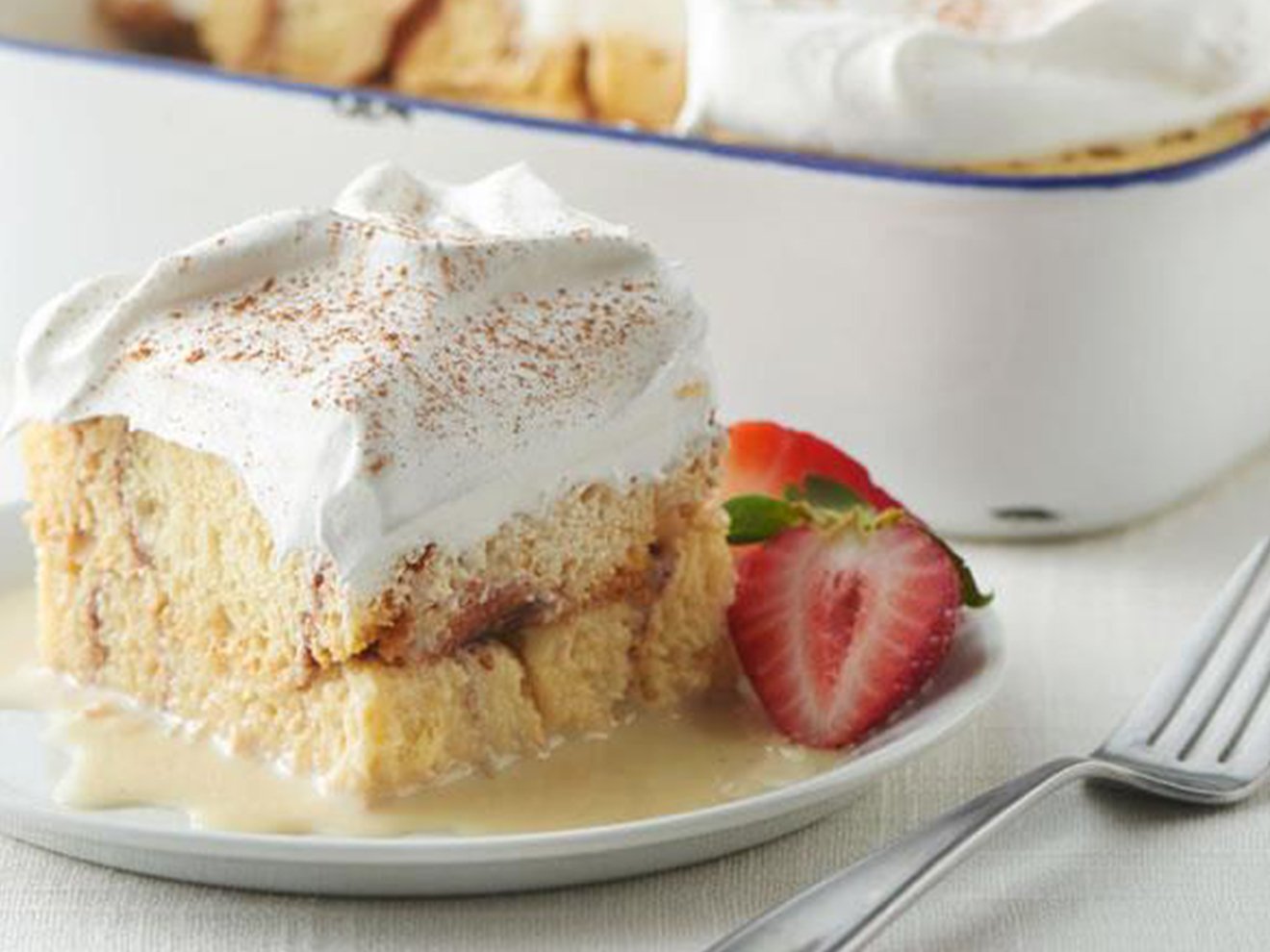 Colombians love their sugar, so if you’ve got a sweet tooth, then you’ll be in heaven with these traditional treats you can find all around Bogotá!

After eating a big Colombian lunch that may have included some of our food recommendations and washed it down with one of the many delicious Colombian drinks, you might not think you have room for dessert.  However, I’ve compiled a list of typical postres that could change your mind!

Starting with my favorite!  Not unlike crème brulee in the ingredient department, it’s made by scooping the foamy cream that forms on top after boiling milk several times, and then mixing it with egg yolks and sugar.  This gives it a unique, somewhat gelatinous texture with a rich, creamy flavor.  Sometimes, you’ll find it with raisins on top, but as I’m not a raisin fan, I personally prefer it without.  It’s so good though, I’d still eat it with them.

The name literally translates to “three milks,” so if cream is your thing, this one’s for you!  This torta, or cake, is a very moist confection that gets its flavor from the different kinds of dairy used in it: condensed and evaporated milk, and heavy cream.  It’s then topped with frosting for even more sweetness and the occasional fruit garnishment.

This is a staple in Colombian desserts and pastries. It has a flavor and look very similar to caramel.  It’s essentially just milk and lots of sugar, which is why you’ll find it in so many different, sometimes unexpected foods, several of which are on this list.  Arequipe is known as dulce de leche or manjar (blanco) in other Latin American countries, where the recipes may vary slightly.

There are people selling obleas on every street corner, so you’ll never have a hard time finding them!  It’s such a simple concept: arequipe or your choice of jam slathered between wafers bigger than your hand to make the perfect dessert sandwich.  You can also add syrups, condensed milk, sprinkles and even cheese!  Choose more than one flavor and stack those wafers high!  And because Colombia is a haven for exotic fruit, you might find some jam choices you’re not familiar with, but take advantage!  I haven’t found one I don’t like!

It’s rice pudding.  While this dessert may not have come from the Colombians, it’s very popular among them.  It’s still made with the usual ingredients (rice, milk, sugar, cinnamon), but here, sometimes panela (unrefined, whole cane sugar) is also used and it may come topped with raisins or coco (coconut) shavings.

The Colombian take on a classic pastry found in France and all over Latin America includes a layer of arequipe on top, along with cream inside the flaky, middle layers.  This was my go-to for a while because the panadería (bakery) I used to pass on my way to work always had them, but after stepping on the scale, I realized I should probably curb my intake.

The first time I had this, I had no idea what I ordered, nor did anyone explain what it was, but it came well-recommended by the Colombians sitting at my table.  The waiter returned with a big hunk of cheese on a plate drowned in some kind of syrup and I genuinely thought he had brought me the wrong thing.  Never in a million years would I have thought of this combination as a dessert.  Well it is, and the syrup (the melao) that surrounds the cheese (the cuajada, or cow’s milk cheese curd) is made from water mixed with panela and a dash of lime.  It’s actually very good; the contrast of the mild cheese with the sweet and tangy sauce mixture is an unexpected delight for your taste buds.

First time I had this, I had no idea what I ordered, nor did anyone explain what it was, but it came well-recommended by the Colombians sitting at my table.  The waiter returned with a big hunk of cheese on a plate drowned in some kind of syrup and I genuinely thought he had brought me the wrong thing.  Never in a million years would I have thought of this combination as a dessert.  Well it is, and the syrup (the melao) that surrounds the cheese (the cuajada, or cow’s milk cheese curd) is made from water mixed with panela and a dash of lime.  It’s actually very good; the contrast of the mild cheese with the sweet and tangy sauce mixture is an unexpected delight for your taste buds.

Bocadillo literally means snack, but in this case refers to guayaba, or guava, and added sugar to make a small chunk of slightly grainy, but soft goodness that you also eat with a small hunk of cheese.  Sweet.  Simple.  Satisfying.

You’ll find these cookie-like meringues with whipped cream and all sorts of fruits, but Colombians like to pair them with fresas (strawberries) or guanábana, a funky-looking fruit that has become one of my favorites.

Brevas are figs.  Dulce de brevas is basically cuajada con melao because, in addition to the figs and sweet syrup (same as melao, but without the touch of lime), this dish very often comes with a healthy portion of cheese because it wouldn’t be complete (or Colombian) without it!

This custard isn’t totally unique to Colombia because many countries have a version of it, but it’s still a popular dessert throughout the country.  What makes it different here are the flavor variations you’ll come across: maracuyá (passion fruit), coco, piña (pineapple), mango or even coffee.

I’m obsessed with these cookies!  They’re actually as traditional a dessert as they come because they date back centuries and exist in a lot of other countries.  They don’t just differ by country though, alfajores can be made in so many ways that they change depending on who makes them, but I assure you that they are all delicious!  It’s essentially a sandwich cookie with arequipe in the middle and the differences are seen in every part of it; including the cookies, the filling and the presentation as a whole, because occasionally, they come covered in a layer of chocolate (white or black)!  You can find these babies virtually everywhere: grocery stores, restaurants, cafés and panaderías, so you won’t have to go very far.

Sometimes, seasonal treats are the best ones, and natilla is just that.  While you can find the stuff to make it year-round, you won’t find it sold already prepared anywhere until Christmastime. This jelly-like mixture is usually served with buñuelo, a delectable deep-fried cheese bread ball, for an unlikely, but lovely combination of textures and flavors.

Alpina is a brand that makes several of these desserts, such as postre de natas, arequipe, tres leches, flan and even tiramisu.  Some of their products are sold in grocery stores, but they also have their own little shops and stands where you can buy everything they make.  The mother of them all is the great big La Cabaña de Alpina in Sopó (a town near Bogotá), which makes for an excellent outing on the weekend! You can also get your dessert fix at the famous, La Puerta Falsa in the neighborhood of La Candelaria.  They display their assortment of candies and sweets in their window to tempt you from the street.  It’s a full restaurant as well, so you can stop in for lunch and stay for an afternoon treat.  If you’re looking for something quick, you can always pop in to one of the many panaderías around for a menu that goes beyond this compilation.

You might think Colombia has an unhealthy obsession with milk and sugar.  Or maybe you think they have a weird fixation with cheese because it makes its way into foods it doesn’t belong.  To this I say, you are oh so wrong! I definitely thought the same when I first arrived, but until you’ve tried these combinations, I encourage you to keep an open mind because you will probably be pleasantly surprised!  You can always just get good old ice cream (helado), if that’s what you really want, to satisfy your craving.  And thanks to a wide array of fruits, Colombia is able to put its own spin on this universal dessert too.

Do any of these desserts trigger a craving?  Have you tried any of them?  Let me know which is your favorite and be sure to follow my articles on www.colture.com!  Just can’t get enough of Colombia?  Subscribe to our newsletter and follow us on social media for all things Bogotá related.