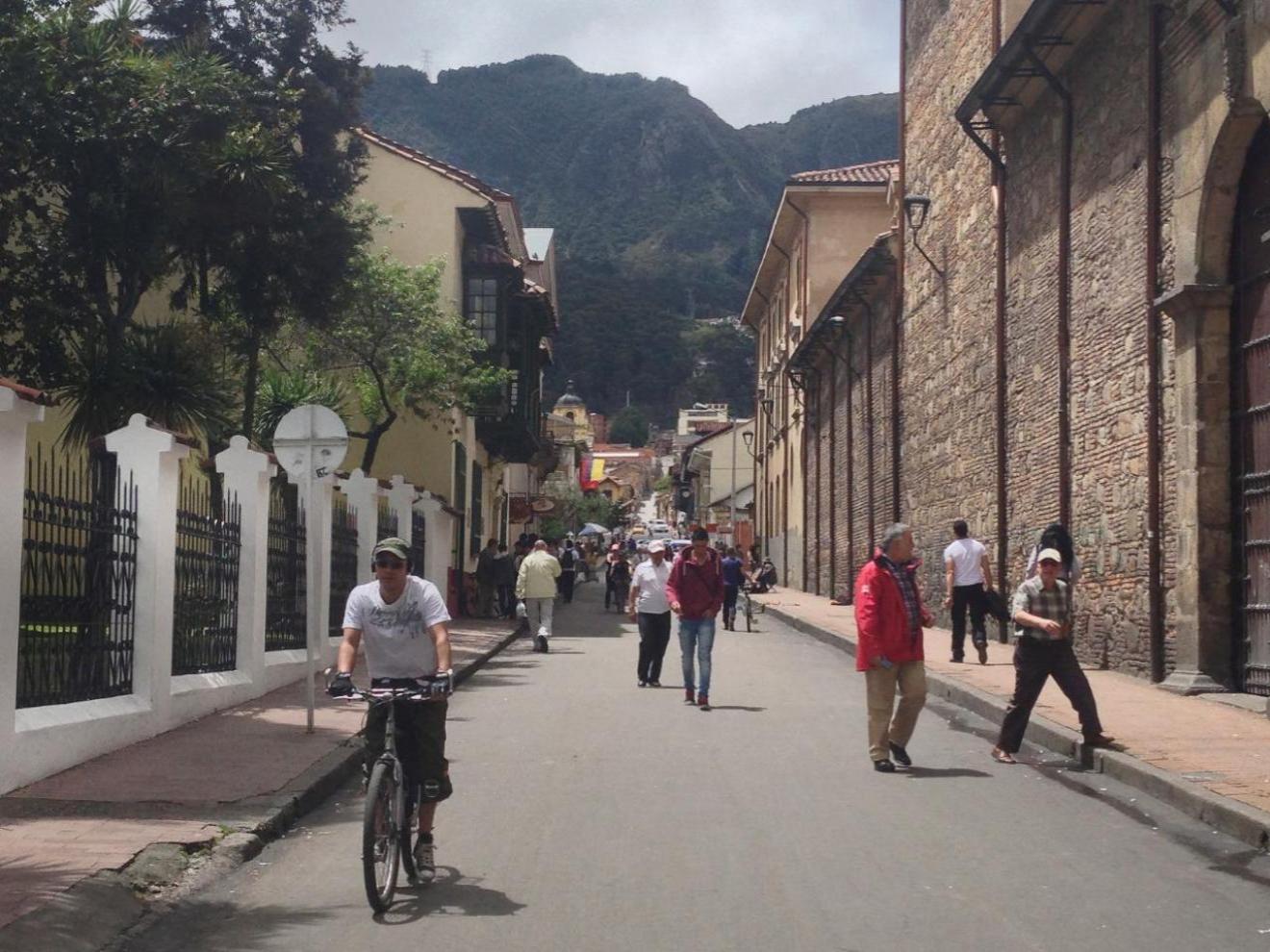 There’s no better way to get to know a particular culture than by talking with locals and discovering all the amazing and interesting stuff that makes them, them! Language is one of the main identifiers and it’s fun to learn and understand! So here it is, the second edition of what I call the “urban dictionary” of popular words and expressions in Bogotá!

Before you continue reading, and if you are definitely interested in this topic, I invite you to read the first part of this article by clicking here. It’s pretty much the same but with other very cool, weird, and funny words and expressions that have been part of our local culture for centuries. Again, this is not about basic words you need to know, (in fact, they are everything but basic) but they could be very useful in addition to providing an interesting perspective and understanding of our identity. People from Bogotá are referred as rolos or cachacos (read our article about it here), so these words and expressions are used daily by them and are almost 100% percent local; so local, that in other parts of Colombia, people might not even understand them!

Alimentador -Any bus that complements the route of the main Transmilenio’s buses.

Arrunchis -A nice way that refers to the act of spooning, either with friends, family or lovers.

Bandear – Refers to the ability of successfully coping with difficult circumstances.

Bobear – To fool around for a continuous period of time.

Buena papa – A nice person and a good example for others.

Camello– To work a lot for a continuous period of time (“hoy me toca camellar harto”).

Carreta -To talk a lot of nonsense.

Clavado – To be entirely focused on a certain task.

Como vamos, vamos bien -An expression that indicates something like “we’re all good so far”.

Delicarse -When someone becomes very sensitive about a situation.

Descrestar– Leave someone mesmerized by doing a certain action.

Desocupe– When somebody doesn’t have anything to do and is bored.

Diciendo y haciendo– It’s like saying “say it, do it” to stimulate action.

El que se va para Barranquilla, pierde su silla– One of the most popular expressions indicating that if you leave your seat, you’ll certainly lose it.

Encartado– A person that’s involved in a difficult task to achieve.

Figuró– Need to act often against our own will (say “pues, figuró”).

Flecha– A very old, cheap, and regular cellphone commonly carried by locals in case they are robbed so the thief doesn’t take the “expensive, modern one”.

Fresco– A person that is chilled and relaxed.

Frito– Someone who has become “crazy” or is in a situation of extreme risk.

Gadejo– Annoying and irritating (most of the time without necessity).

¡Gas! An expression used to indicate nuisance or something not very well-liked.

Guasquearse– To throw up because of excessive ingestion of alcohol.

Hablar hasta por los codos– A person that talks too much . Chatty.

Hagámonos pasito– To call a truce between people.

Hueco– A place with a bad reputation (generally referring to a bar, restaurant, club, or even a school).

Inmamable– Something or someone intolerable.

Intenso– An unbearable person in a certain situation.

Le vieron la cara– Someone that has been subjected to a fraud of any kind.

Lo que diga es mentira– Refers to accepting that what someone says beforehand, might not be true at all.

Lo veo grave– Apocalyptic diagnosis in order to raise a concern about certain actions that somebody is doing or going to do.

Me hace el favor y le baja al tonito– A firm call to please lower the tone of the voice when arguing with someone else.

Mecato– Snacks (read our article about the most popular Colombian snacks here).

Miscelánea- A shop that has everything that you can ever imagine, want, or need.

Mugre que no mata, engorda– An expression used when somebody accidentally drops food to the floor and immediately picks it up to eat it anyway because is not yet “contaminated.”

No busque lo que no se le ha perdido– An expression used to tell someone that is not minding his/her own business.

No está ni tibio, papito– When someone is not even close to being right regarding a certain situation.

¡Oigan a este! -When the veracity of something somebody said is questioned.

Olla– A dangerous and depressing place, usually referring to a drug district.

Pa las que sea– Indicates unconditionality with someone or something.

Pegarle al perro– A good or unusual fortune that comes after something seemed uncertain at the beginning.

Pintoso– A good-looking and clean individual.

Por eso estamos como estamos– Accusing someone or a group of people for a particular behavior and making them responsible for the social or cultural problems happening at the moment.

Quedado– Someone that’s left behind or is slow on a certain task.

¿Quién lo manda? -To question someone who, by his/her own will, was involved in a situation that was not good for him/her.

¡Quién pidió pollo! -An expression used when someone is impressed by the good looks of an individual.

Quién quita– An expression used to refer to the remote (but not impossible) possibility of something happening.

Quincena– Paycheck that is given twice a month (say “hoy me llega la quincena”).

Refajo– A popular drink made with beer and Colombiana (orange soda).

Regio– Something or someone who has a distinctive grace and beauty.

Rendir– Increase the volume of a substance with another (often with water).

Ruta. Could indicate any route or path, but in Bogotá, it’s the name given to the school bus.

Se acabó el año y no hicimos nada– Often used when the year is coming to an end and some goals or activities were not met for some reason or another.

¡Se le dijo, se le advirtió! Telling someone that something happened because they didn’t listen to advice (“I told you so”).

¡Se le tiene! -A seller’s expression to indicate that they have everything the customer is asking or inquiring for.

Sollado– When somebody is very good at doing something (skillful) or also something that’s extremely and curiously well done.

Tanquear– To get fuel for the car at a gas station.

Tapado en plata– A persona that has a lot of money (a lot!).

Tira la piedra y esconde la mano– Alluding to an individual who doesn’t have the courage to take responsibility for their own acts (often aggressive ones); hypocrite.

Totearse de la risa– To laugh so much you can’t control it (basically to laugh out loud).

Trancón– Probably the most pronounced word in Bogotá daily. It means traffic.

Úpale– Exclamatory voice to either highlight a surprise event, or a fall or accident.

¡Usted no sabe quién soy yo! –A popular expression used as an excuse that indicates “don’t mess with me because you don’t know who I am.”

Vaciar– To reprehend someone about something.

Vividero– Refers to any place where people live.

Volarse– Run away from a situation (say “yo me volé de allá”).

¿Y cómo es la vuelta? -To inquire about the conditions to do certain activities.

Yeba– Popular game played by all the kids in this city, which consists of running and not letting the “yeba” touch you or you’ll have to freeze, and if you do, then another friend has to come and save you; freeze tag.

Yo por allá no voy– It’s basically saying “I’m not going there” to indicate a place or situation that doesn’t seem reliable or safe.

Zúaquete– Indicates an accident or hit.

Check out this page if you want to know more words and expressions of Bogotá! And don’t forget to check our article Speak like a local with our dictionary of Colombian slang.

And, as I always recommend, whenever in Bogotá, walk around, wander, explore, and talk with locals. This is the best way to get to know a culture; not only its language and but also its identity!

Was this article useful? Do you know other cool facts about typical and popular expressions in Bogotá? Or maybe an experience you would like to share? Please share and/or comment on this article, and visit our homepage Colture to take a look at my articles and many others to find more essential information about Bogotá before and during your trip.

Your guide to a night out in Bogotá’s Zona Rosa, enjoy!