Currulao: have fun and dance with this Colombian rhythm! 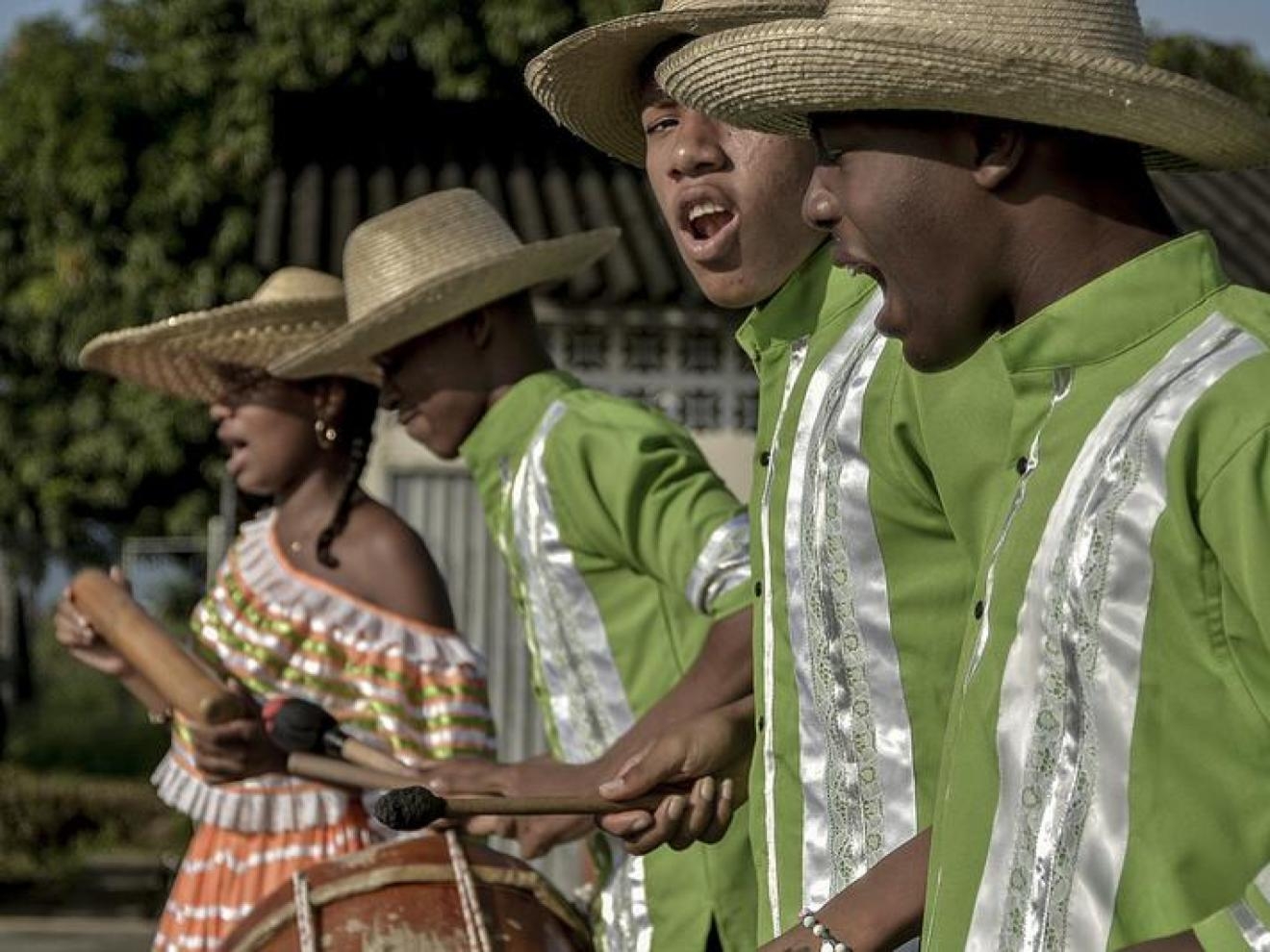 Colombia is diverse in pretty much everything, and music is no exception. We have the honor and pleasure of enjoying numerous traditional musical genres and dances that are part of our identity. Plus, music is connected to our festive and happy spirit! Currulao is one of many genres you should listen and dance to when coming to Bogotá!

If I had to write about all of Colombia’s musical and dance traditions, I would never finish, or it would probably be an encyclopedia of thousands of pages. Music is inside our souls and engraved in our identity to remind us how beautiful and simple life is. And, as Colombians, we enjoy the infinite number of traditional genres that best showcase our culture and traditions. Besides having an amazing name (which is difficult to pronounce correctly if you are not a Spanish speaker because of the “r”), currulao is the most traditional genre in the Pacific region of Colombia. Its rhythm and folklore are out of this world, meaning that it’s hugely enjoyable and inspiring.

If I listen to currulao, I’ll probably close my eyes, lay down and imagine myself enjoying a nice and peaceful day on the beach, feeling the wind in my face without any kind of disturbance. That’s exactly what currulao transmits to me: a feeling of “hey, everything is alright, relax, enjoy, and be happy.” his musical genre was born on the shore of the Pacific coast, which makes perfect sense because I mean, it would be impossible to not create something beautiful with that majestic landscape!

The musical diversity found in Colombia is a result of a mixture of African, indigenous, and European (mainly Spanish) influences. To be specific, currulao was created by isolated slave populations brought from Africa during colonial times to extract gold. With time, they became the Afro-Colombian community and developed their own culture that characterizes the Pacific region. That’s why currulao is the most African-influenced style in Colombia, even if its harmonies were influenced by European music at some level. In 2010, currulao was added to the UNESCO list of Masterpieces of the Oral and Intangible Heritage of Humanity to preserve its heritage.

In addition, the word currulao comes from “cununao,” which is a reference to a type of drum, “cununos,” which is of African origin and plays an important role in the folklore of the Pacific region.

Since it has very strong and notable African roots, Currulao uses mostly percussion instruments (take a look at my article about traditional Colombian instruments). In its most basic form, it’s played by four musicians (usually men) with the following:

There are numerous genres within currulao depending on the tempo, the instrument patterns, and the lyrics. Some of them are bambara negra, caderona, juga grande, and pango.

In recent years, currulao has been combined with other genres and instruments to produce a modern sound. But it’s not an exclusively instrumental rhythm, it also has beautiful singing melodies and patterns, which are usually sung by women, or cantadoras (though it can also be sung by men, or cantadores). A distinctive feature is that it has a lead voice and an answering choir that narrates stories in a rhythmic, rhyming manner.

Currulao is a folkloric dance as well; its style and movements are inspired by sacramental rites originated in Africa involving themes of love and nature. It’s usually danced by pairs that move in an agile and vigorous manner. The male moves with strength trying to seduce his partner and the female dances in a calm manner. The choreography has two simultaneous actions: one of circular rotation and another more of a direct movement, forming small circles. There are also some advances, retreats, and the intersection of dances in sequence. In addition, men and women wear traditional and very beautiful white outfits.

Some of the most recognized currulao local groups are Grupo Socavón, Grupo Gualajó, and Grupo Bahía. Among the famous marimberos (men that play marimba), there is Baudilo Cuama Rentería. There are other more famous groups that are even known on an international level, such as Choquibtown and Herencia de Timbiquí (though these already have a mix of modern and traditional sounds).

The best songs to listen and dance to currulao, while also noticing the particular sound of each of the instruments, are:

The best to enjoy currulao is to go to the Pacific region, but if you are in Bogotá, there are some places where you can enjoy it as well (at least modern versions and mixes): Galería Café Libro or La Negra.

I hope that I made you excited to listen, sing, and even dance to currulao. It’s a beautiful demonstration of Colombia’s diversity through its own unique musical traditions. When coming to Bogotá, take some time to enjoy this melodic side of our culture!

Was this article useful? Do you know more cool stuff about currulao? Or maybe an experience you would like to share? Please share and/or comment on this article, and visit our homepage Colture to take a look at my articles and many others to find more essential information about Bogotá before and during your trip.

Places near Bogotá: Suesca, a wonderful place for you to visit!