Dancing Colombian champeta: a movement of freedom and joy! 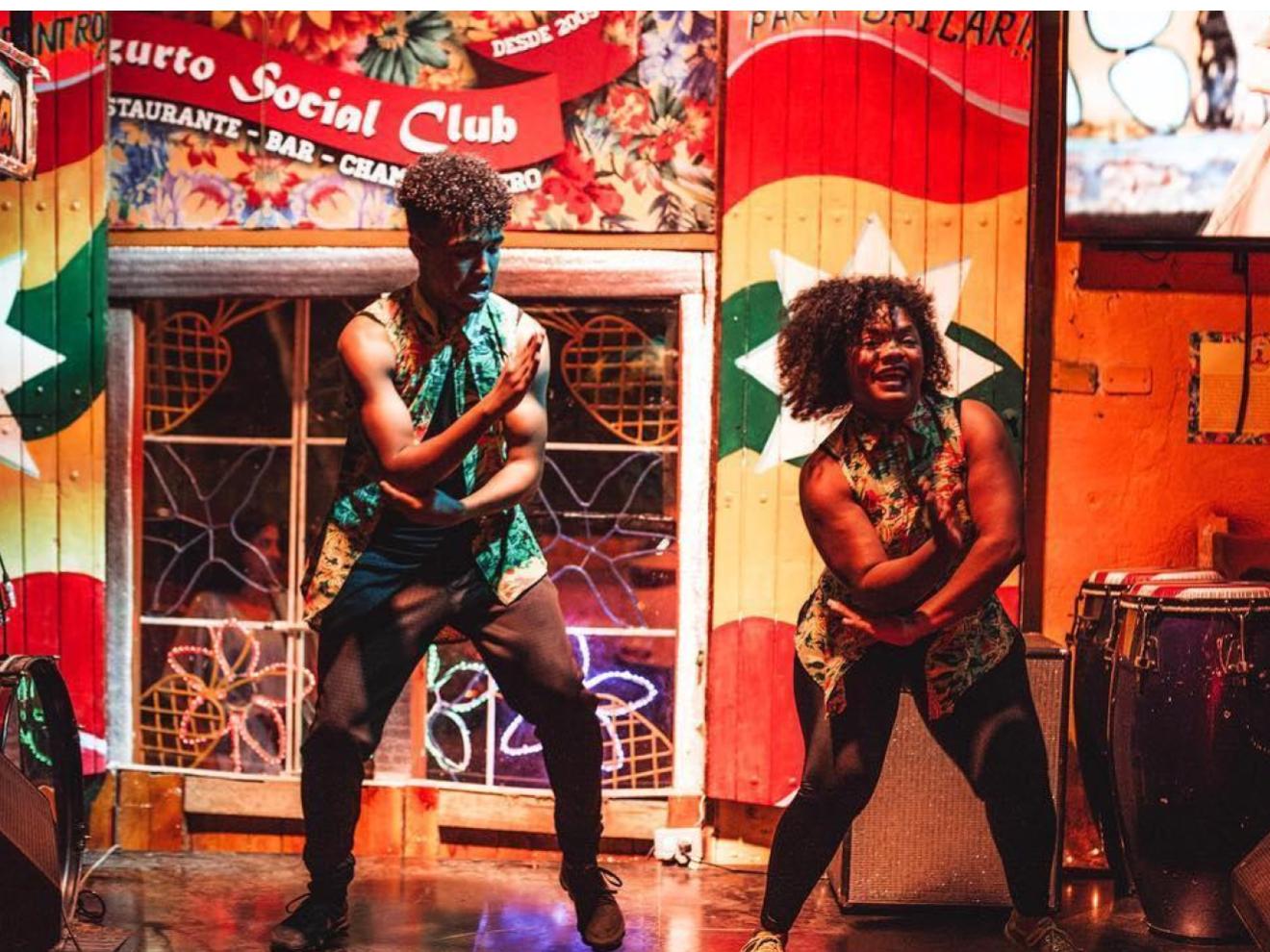 There’s no doubt that music represents freedom and joy anywhere in the world, especially in a country like Colombia where people are fiercely proud of their musical heritage. And, among the hundreds of dance styles we enjoy, champeta is for sure one of the most fun, interesting, and flamboyant ones!

When you come to Colombia, you’ll experience first-hand how music transforms lives and makes everything more enjoyable. Here, everyone seems to know all the lyrics and will sing and dance anytime, anywhere. Plus, you’ll also notice that much of our music isn’t stuff you’ve heard before. Champeta is currently one of Colombia’s most popular music and dance styles and it’s guaranteed that you’ll hear it in bars, clubs, and even casually on the street. Its beat and lyrics are very catchy and it’s easy to dance to as well. Champeta is exclusively an urban style of music and it’s considered a revolutionary take on Afro Colombian music in Colombia, especially on the Caribbean coast.

Champeta is like salsa combined with twerking, that’s pretty much it! It was born in the early 1970s in the slums of Cartagena and San Basilio and it’s said to have arrived with the sailors from West Africa which gives it a strong drum beat. This, along with the influence of styles such as salsa, reggae, and even reggaeton, make up Champeta’s identity. Its name derives from the term “champetudo” which was applied to residents of African descent as a way of expressing disapproval of their culture and traditions; that’s why it was despised by the upper-middle class because it was considered the music of thugs and of the poor. Therefore, it was music that people rarely admitted to liking if they were not from the slums. So, the history of champeta is also the history of slavery and mistreatment in Colombia and, like many other styles, it was also used as a way of expressing thoughts and beliefs. Lyrics often referred to politics, social problems, and a desire for change; so on top of everything, it was also considered a threat to the government.

Champeta is pretty loud and it has a heavy bass that combined with the beat, creates a feast for the ears. In the 1990s, it began to change because of digital technology and the introduction of the placas (or interruptions) into the music, which made it even more festive. In Bogotá, it was still considered too sexual and unsophisticated, but it wasn’t in the 2000s that champeta had its definitive breakthrough and nowadays, it not only has revolutionized the industry, but it also has made it to the top of the charts just like salsa or reggaeton usually do.

Anyone can dance champeta, but it does require a lot of agility, passion, energy, and soul. It’s almost like an explosive, funky style to dance and it’s definitely not as slow as bachata, for example. The basic steps require a lot of fast footwork, and leg and hip movement. It can even feel like doing a workout to burn calories! One of the most iconic steps is “el caballito” (the little horse), where you just mimic the movement of a horse (champeta does have dozens of steps that basically imitate certain actions).

You can also learn by taking a look at these Youtube videos that teach you the basics so you can practice:

The best place to dance champeta is definitely Cartagena and San Basilio de Palenque, but in Bogotá, there are lots of bars and clubs that showcase it as part of their regular playlists or even live band sets. So, if you are coming here, head to:

As champeta is relatively new, there aren’t thousands of artists to choose from, so it’s easier to select a few. Here they are:

To listen to more songs, click on this Spotify playlist and enjoy!

Champeta is more than a regular dance; it truly embodies a very important part of Colombia’s history and culture. And I dare to say that it’s one of the most vibrant, funky, and explosive dance styles you’ll ever experience!

Read our articles about vallenato, merengue, salsa choke, and other Colombian dance styles to know more.

Was this article useful? Do you know other cool facts about champeta? Or maybe an experience you would like to share? Please share and/or comment on this article, and visit our homepage Colture to take a look at my articles and many others to find more essential information about Bogotá before and during your trip.

Things to do in Bogotá: Non-stop wine drinking at ExpoVinos