Have fun and experience Bogotá’s dancing scene with Merengue 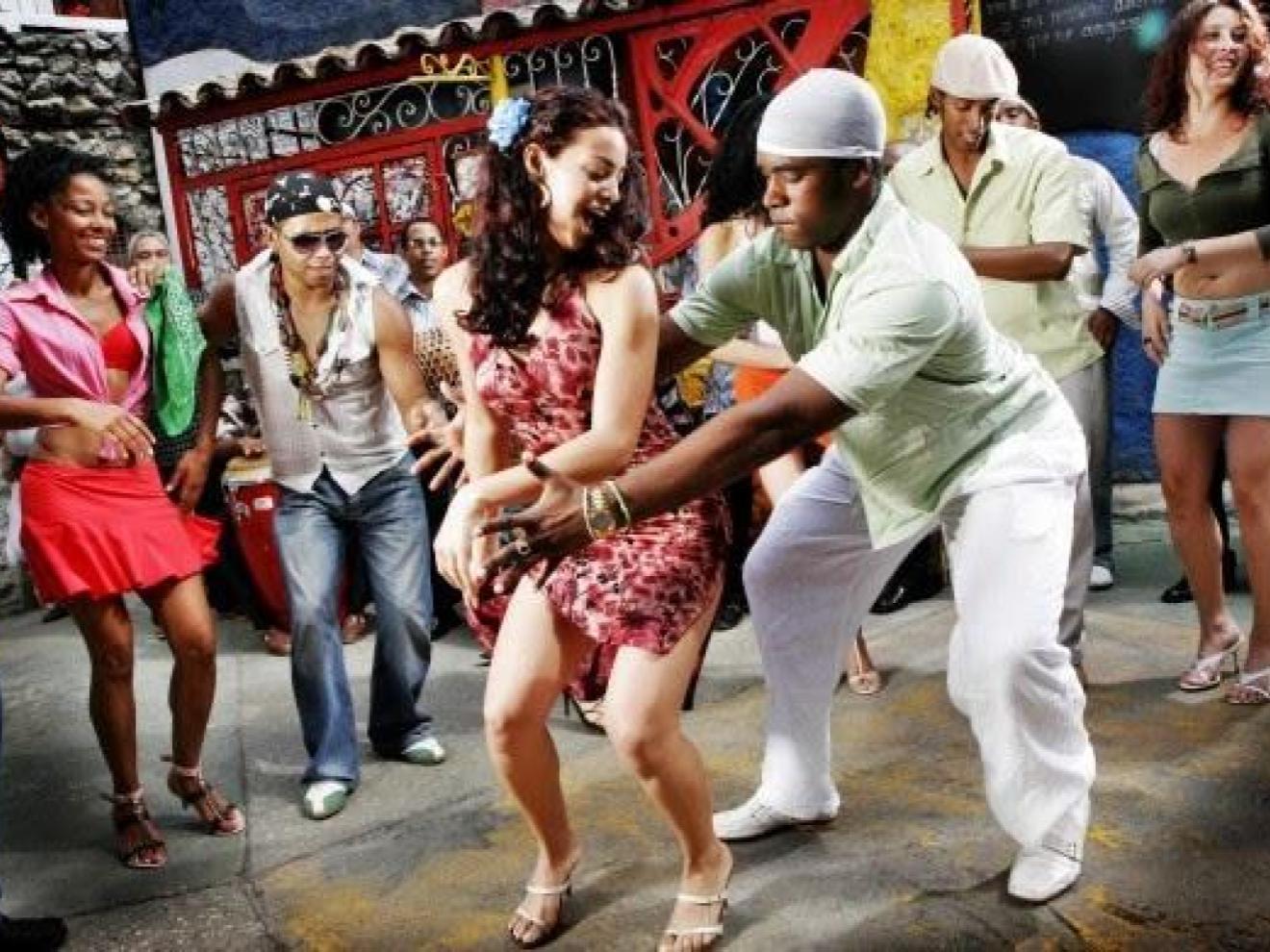 In Colombia, there isn’t just a few, but several dance styles to enjoy and move around to. Music is everywhere in this country and everybody knows it and loves it! We wouldn’t be as joyful as we are without some amazing dance styles to loosen our hips and move our feet to; merengue is one of them!

Not to be confused with the deliciously sweet dessert (which has the same name), merengue is pretty similar to other dance styles (like bachata), but it has its own unique characteristics. It’s very popular around Latin America and it’s usually played at parties or social gatherings, even as background music in some shops, restaurants, or bars. Merengue has been an important part of the Latin culture for decades and its lyrics and rhythms convey messages about our history as a continent. And, like any other dance, it’s more than just moving your hips and feet, it can also be a great way to have fun and be physically active. In Bogotá, you can have a lot of fun with merengue!

Merengue is originally from the Dominican Republic and it’s considered the national dance. It has native, upper-class European and African influences like most of the dancing styles in Latin America, such as salsa, bachata, and even reggaeton. The name merengue is a Spanish variation of the word “meringue,” which refers to a confection made from whipped egg and sugar (yes, the famous dessert!). So basically, the description refers to the light and fluffy nature of the dance made in a fluid motion, just like the texture of the dessert!

The exact origin of merengue is unknown, but there are two popular versions of its origin. The first says that the dance was born with slaves who were chained together and were forced to drag one leg out of necessity as they cut sugarcanes to the beat of the drums. The other alleges that a “hero” was wounded in the leg during one of the Dominican revolutions and was welcomed by a party of villagers with a celebration that consisted of everyone limping and dragging one foot out of sympathy. One way or another, with time, slaves that were used to watching European colonists dancing the minuet incorporated the foot-dragging motions along with the beat of drums to make it more rhythmical and entertaining. However, there’s controversy in these origins because it does represent a dark episode, which is also very characteristic of pretty much all Latin American cultures. As well as it’s African basis that was stigmatized with slavery.

By the middle of the nineteenth-century, merengue was already popular in the Dominican Republic and it became even more well-known with time.

There’s a lot of variety in merengues’ rhythms and beats, but overall it’s a fun dance and it’s not difficult to learn. The original dance was performed in a circle where a man and woman faced each other while holding hands. With time, it transformed into a couple’s dance where they hold each other closely, almost sensually, bringing passion to the performance. Like most social dance styles, merengue steps are done in precise time with the music, and the male is considered to be the leader while the woman mirrors the movements. And, of course, it’s all about the hips and the feet!

If you are in Bogotá and you really want to learn merengue, head to these places I recommend:

Also, take a look at these Youtube videos that teach you the basics so you can practice:

This is one of the best ways to enjoy and learn how to dance merengue. Throw yourself on the field, step out of your comfort zone, and feel the music and dance like there’s no tomorrow! And to actually do that, pay a visit to these amazing clubs:

Out of many famous artists, these are the ones you should definitely hear.

Here are some of the songs that define merengue music from artists both in the Dominican Republic and around the world:

If you want to listen and dance to more merengue songs, click on this Spotify playlist and have the time of your life!

Merengue is super fun and enjoyable! Through music and dance, Latin American countries express a sense of identity and pride that spreads globally as a demonstration of who we are. So dancing is also a way to understand our culture. Time to move your feet and hips my friends!

Was this article useful? Do you know other cool facts about merengue? Or maybe an experience you would like to share? Please share and/or comment on this article, and visit our homepage Colture to take a look at my articles and many others to find more essential information about Bogotá before and during your trip!

These are the best places for all brunch lovers in Bogotá

Feria Buró: the country's biggest design fair is in Bogotá