Bachata in Bogotá: a Latin American rhythm to experience! 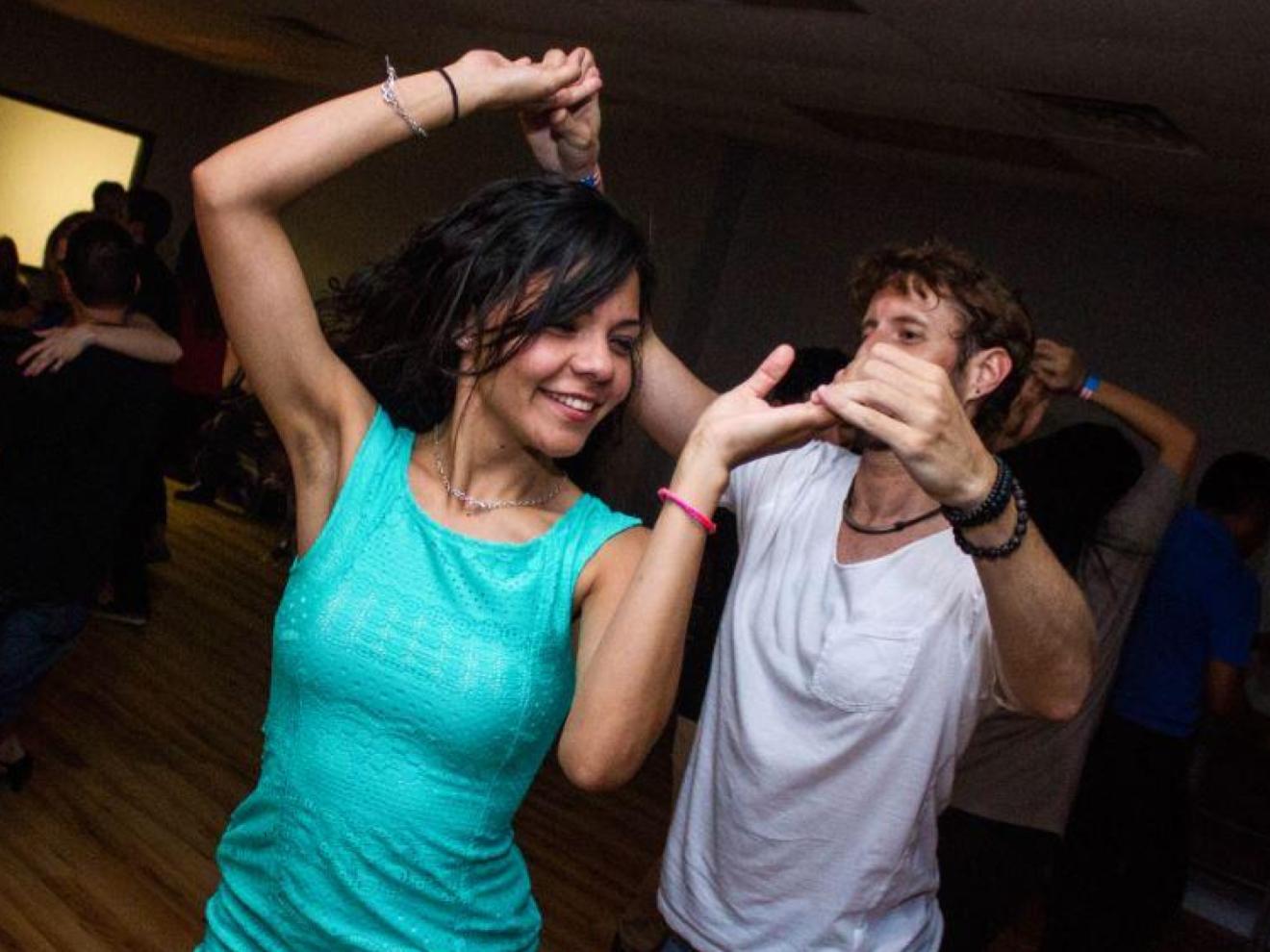 What is life without some dancing!? In Colombia, we dance like there’s no tomorrow and we enjoy several different types of music and dance genres that light up our culture and souls. Bachata is one of these genres and if you haven’t heard about it, you should keep reading to know more!

I’m going to be honest and say that this article refreshed my memory on how interesting bachata is! In Latin America, this music and dance rhythm has experienced a boost in popularity in the last couple of years. Trust me, ten years ago, nobody knew what it was or how to dance to it, but nowadays it’s a mandatory genre for any party or reunion. Bachata is surely a type of music and dance you’ll experience if you are interested in Bogotá’s nightlife scene, and even if you aren’t, you’ll find yourself listening to it in some restaurants, shops, or in the streets all over the city. Truth is, bachata is not as popular as reggaetón or salsa, but it’s making its way up there with giant steps!

What is bachata and where does it come from?

Bachata was originally created in the countryside of the Dominican Republic during the 1960s and its first-ever song was recorded by José Manuel Calderón. It basically mixes the Latin American style of bolero with African elements to create a more slow and sensual sound. Following the first decades of its creation, bachata was heavily disregarded by the Dominican elite, which associated the music with crime, vulgarity, and rural underdevelopment. It was actually them who first used the term, bachata, to refer to an informal rustic party.

Bachata was also considered too crude and musically rustic for television and radio to broadcast, so songs never received any airplay or were only allowed to be sold in record stores. Despite its “social censorship,” it remained widely popular in the Dominican Republic but unknown in the rest of Latin America until about the 21st century. Bachata’s international recognition came with a revolution and modernization of its sounds with a more pop vibe, and even nowadays, there are several mixes with genres, such as hip hop and R&B.

Bachata is a very romantic and often sensual genre, which usually tells a love story. Because it’s a couple dance, it’s more intimate and slower than salsa and the chemistry between the two people becomes more important than the steps because they will be much closer; almost hugging each other most of the time.

The original and basic bachata moves are easy to grasp and because it’s not entirely structured, you can go wherever you want (back and forth, around in a circle, etc.) as long as you raise your hip on the fourth beat (1, 2, 3, tab/hip, watch a how-to video here). Imagine you move within a small square like this: side, side, forward and tap, and then side, side, back and tap again (just like boleros). The man should place his right hand on the woman’s shoulder blade whilst holding the woman’s hand as in ballroom dancing and their knees should be slightly bent so the performer can sway their hips easier. In bachata, the upper body moves much less than the lower part up to the hips; remember that the closer you are to your partner, the better.

While the original bachata is still danced all over Latin America, faster rhythms with more footwork and turns have been incorporated as a way of renovating the genre. These rhythmic freestyle moves can be alternated with the close and romantic original steps.

Want to learn some steps?

There are many styles of bachata promoted by different teachers and academies around Latin America and the world. So, if you want to learn some steps, the best thing is to inform yourself a little bit about the styles and go to a dance academy according to your preference. Just to name a few, there are traditional, modern, bachatango or bachata tango, sensual, and ballroom bachata. And while these are considered different styles or simple variations, you can still learn them pretty much anywhere.

If you are in Bogotá and you really want to learn some steps, head to these studios:

Also, take a look at these Youtube videos that teach basics steps (intuitive and simple) that you can practice:

Going partying would definitely be the best way of enjoying bachata without getting really serious about dancing, and as long as you’re feeling it and enjoying it, you should be completely fine. While salsa and reggaetón are generally more common, in Bogotá, the most popular bachata songs are part of the regular rotations in many of the bars and crossover clubs, that’s for sure! So, to enjoy an amazing night out, try these places:

As bachata has become more widely known only over the recent years, there are not thousands of artists or bands like other genres. Most of them are from the Caribbean countries and the Dominican Republic itself. Here are the top five artists and songs you definitely need to listen to, learn, and dance to:

If you want to listen and dance to more bachata songs, click on this Spotify list and start enjoying!

Even if bachata is still making its way through Bogotá’s nightlife scene, right now, it’s one of the most popular styles of Latin music. With its distinctive high pitch and very sensual and close dance, bachata will get you dancing and moving, that’s for sure!

Please take a look at our articles about other Colombian music genres, such as currulao, joropo, cumbia, and traditional Colombian instruments to know and discover more about our music!

Was this article useful? Do you know other cool facts about bachata? Or maybe an experience you would like to share? Please share and/or comment on this article, and visit our homepage Colture to take a look at my articles and many others to find more essential information about Bogotá before and during your trip.