The Fucha Art Circuit: an exhibit near the river 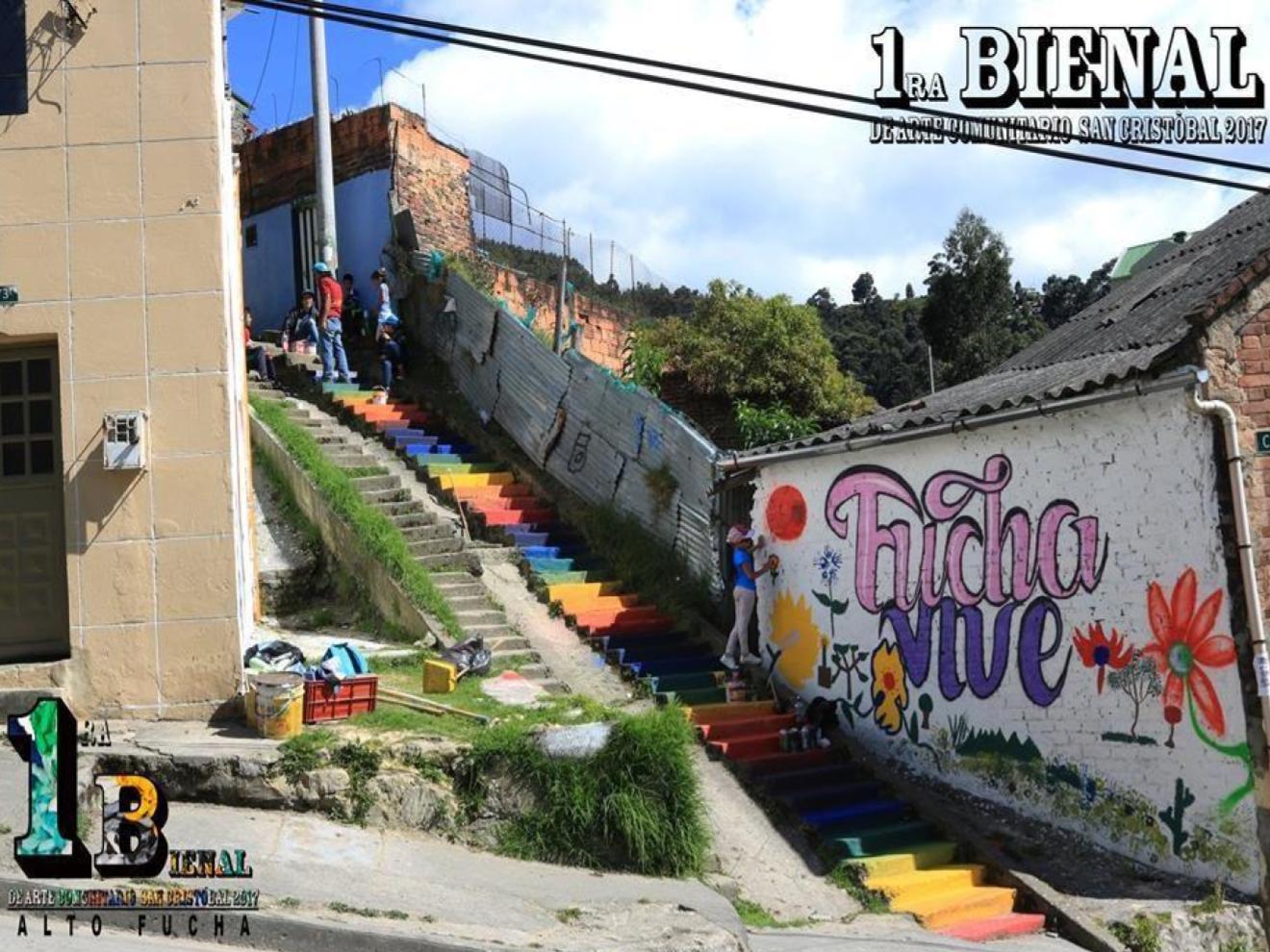 A lot of people, even those who  live in the city, think that it is only about the hip areas and known places; however, I strongly believe that beauty is everywhere and in order to be a true connoisseur of a city, you have to see its highs and lows and every unknown inner nuance. The Fucha river is a great example of that: a body of water strong enough to move neighborhoods and so rich that it has one of the biggest repertoires of flora and fauna in the city. The river begins at the Paramo Cruz Verde which is a  natural reserve and one of the biggest ones near Bogotá. It’s located in the San Cristobal area and you can actually go there via public transportation.

I still remember the first time I saw Jesus (not the gentle carpenter that speaks about love). He was quiet and reserved, had a small ponytail and was wearing a plaid shirt that made him seem quite approachable. In the meeting that happened a few years ago, he did not say much, just what needed to be said. His ideas were clear and that’s all I knew. Later on, I got to know a friend that knew him and his work due to the fact that he lived near the river, in Vitelma, a neighborhood right next to it. Then I found out he was the director and creator of Artoarte, an artists collective focused on communal work that actually generates a change in the way people see their city, proving that it does belong to everybody.

Where it all started: the house of ideas

In 2017, Artoarte started working at the point of birth of the Fucha River, recognizing the territory and starting from La Cecilia Neighborhood, a neighborhood where the house of ideas (casa de las ideas) is located, a house that was built by an international collective of architects and designers that focus on social architecture. They started working in that house in the community, especially the elderly and young children and from that, they started many processes which resulted in the first communal art biennale in Bogotá. After that and with the inclusion of two other projects of territorial order, they started involving other neighborhoods. It became an initiative to develop projects that reflect on different issues that can be fixed in those areas, but also about the access and appropriation of the city and how, with art, that appropriation can be reclaimed.

Around the river, you can see over 7 neighborhoods that produce several graffiti interventions and that also started projects in dance, circus, theatre and more; all in different communal places. That was the production of the biennale that lasted 23 days and created a network of national and international artists. This was a self- managed and independent process that produced an 18-minute documentary to be seen at film festivals around the country.  Since then and until now, a lot of other murals and interventions have appeared in the circuit and public space.

The beauty of a new chapter

Even though the river has had its ups and downs due to the lack of management and excess residues coming to the main body of water, nowadays the riverside is one of the most beautiful places you can visit in Bogotá. Filled with street art and murals that actually depict the indigenous and farmer heritage of locals mixed with contemporary aesthetics that literally speak to the city screaming for attention. When you walk next to the river, you can actually feel the rumbling of the water hitting the rocks and a small concert of birds that look down at you from above. The sidewalk is beautifully decorated with rocks and bridges that send you on the road to magic and quite genuine experience.

How art can help a city be warmer

The Fucha Art Circuit river not only depicts how citizens can actually appropriate their space, but it also shows how communal and collective experiences can become something more in the everyday life of citizens. These processes have shown not only that you, as an inhabitant of the city can intervene on it, but also that there are ways to improve and show the world other approaches to contemporary art as an effective way to influence the context in a wider spectrum. It demonstrates that art is from and for the people and it exists in every corner of the world, not only in established locations.

Read our article Fanzines, stickers and alternative graphic movements in Bogotá to know more about other art events.

If you are also interested in learning more about the insights of this lovely city, subscribe to our newsletter and follow us on www.colture.co and social media.

The San Felipe Open in Bogotá is an art party you can't miss!