Marble sculptors in the Central Cemetery of Bogotá 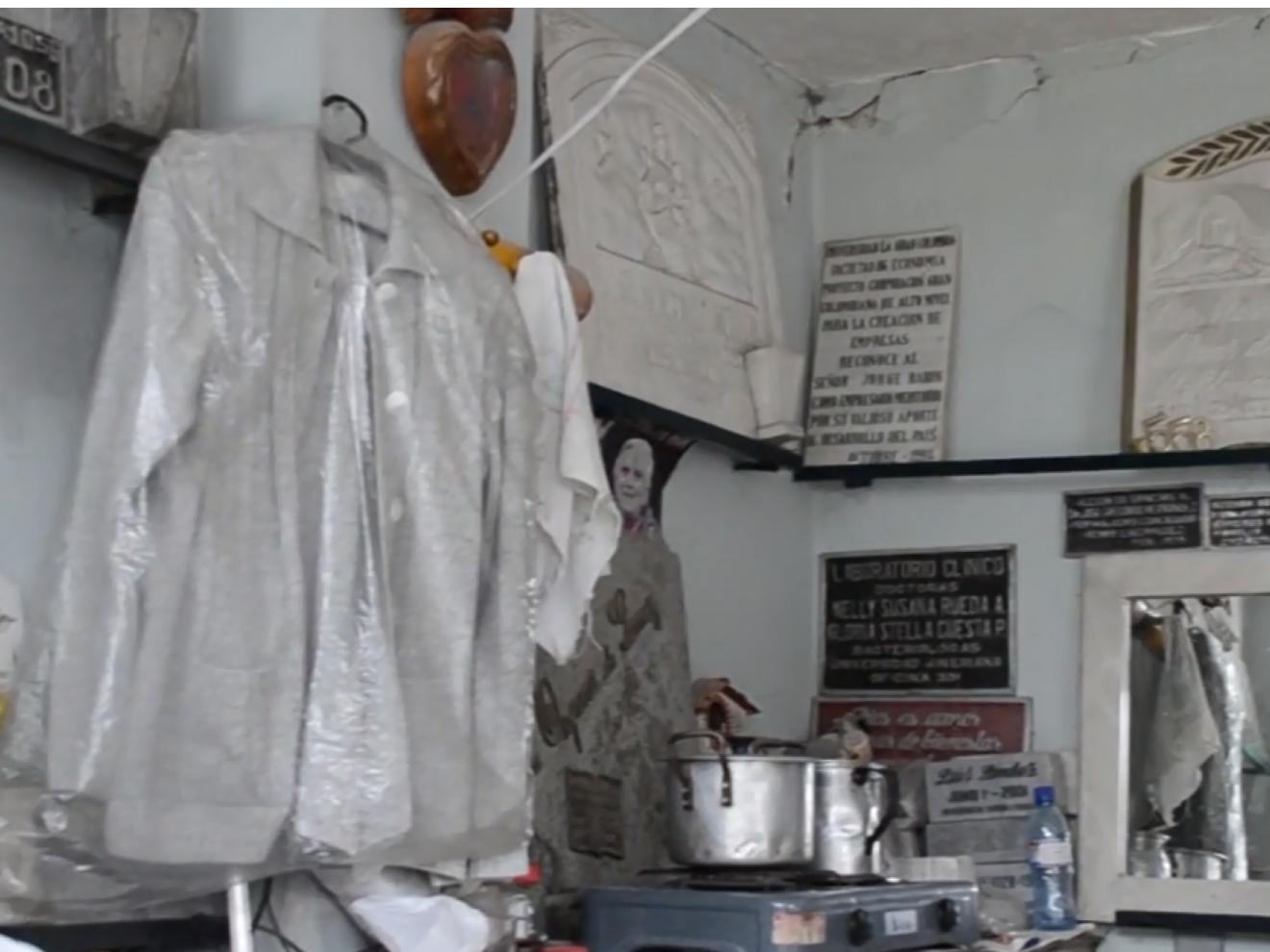 Since a long time, I have been a regular visitor to Central the cemetery of Bogotá considering its easy access to new and mysterious landscapes. Next, to this district located in 26th street with 19, you can find a noisy street filled with marble and stone dust from the workers that considering the reduced space that they have as a workshop, decide to work, cut, carve and everything else, in the street. The smell of flowers soon to be dead and the marble dust in the air creates a foggy atmosphere that invites people to come in, ask for prices or just have a look at the amazing creations of the marble sculptors in the Central Cemetery.

Once you come in into one of the workshops your mind will be filled with antique virgins and pieces of broken marble, tools of every size and kind, images and photographic references from every source that the artists use to carve and burn via engraving images that loved ones have asked to be depicted in stone forever. Football teams, faces, poetic elegies and baby hands that will remind you that death is always near, and there are living people working hard to preserve the memory of the ones that are no longer here.

The model of a cosmopolitan city creates a space to store its dead, the cemetery possesses also sculptural pieces and ornamental references made in marble due to its longevity and flexibility. This model was inherited to Colombia as a colonial state starting in its capital, Bogotá: “The necropolis was opened in 1836 by the governor Rufino Cuervo, under the presidency of Francisco de Paula Santander”.  The guild of marble workers in Bogotá was built from the multiples areas in Bogotá that were located all around the city next to other cemeteries, at first they were installed around the cemetery to be later transferred to 20th street where they are today.

The workers in this amazing street, even though they are constantly laboring, offer help in the kindest way, a lot of their shops allude to classic art names such as Roma and Rodin. Over the frames and entrances, you can see several carved pieces made by the original design.

In spite of the constant and intricate work, they made the workers suffer low demand for their products so several pieces can have a low and even lower price depending on the needs of the worker. Right next to the street there is the Marble workers park in which they execute several competitions and show their skills while they sell some pieces. Even though they have shown their work in some exhibits their needs are to be relocated in a more appropriate space. However, it has not been possible due to the unfeasibility of enlarging the 20th street. All the skills of these workers have been passed generation trough generation without any record. In the words of Henry Alonso, one of the main workers in the guild, “the day we die, all the things we know will die with us, nobody makes this art anymore”.

At the exit of the street, when I start to walk the saws and hammers can still be heard, the dust is stashed in my shoes and a heavy marble piece is in my hand (who could resist buying such an enchanting and cheap art piece). As I walk away one thing is certain: there is no place like this anywhere else in the Bogotá, and indeed a lost art is being washed away by the increasingly used technology. On the other hand, a sculptor’s character is a strong as the marble they carve, they will resist and exist as long as we know of their existence.

For other interesting articles about interesting people in Bogotá, read about a day in the life of mariachi in Bogotá here and the people that knit in public space here.

If you are interested in learning more about the insights of this lovely city subscribe to our newsletter and follow us on www.colture.co and social media.