5 Beautiful churches in Bogotá that are worth visiting 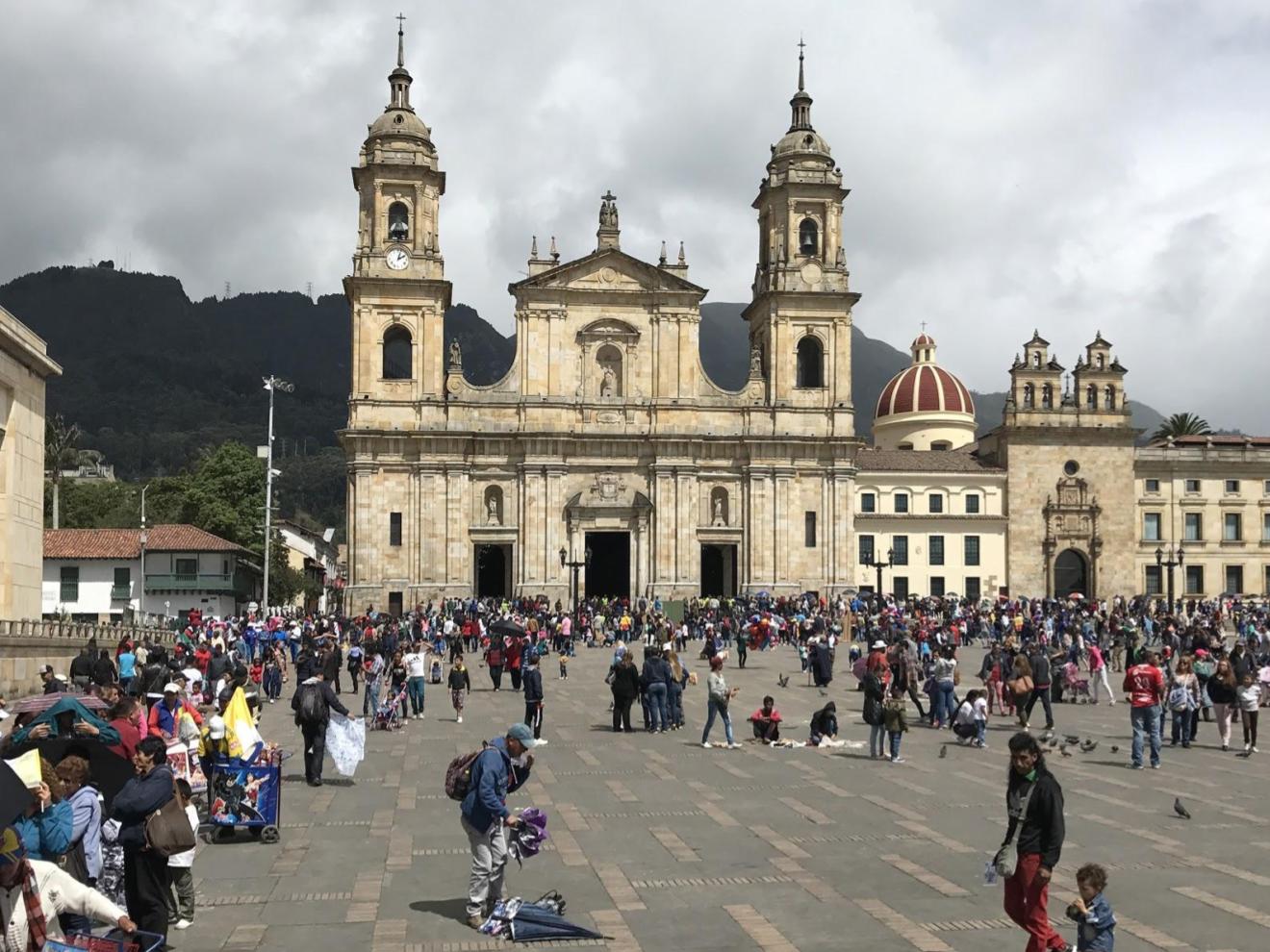 As the city that embodies most of the history of our country, Bogotá hosts quite the architectural scene. For building lovers, this city is a treat for the eyes and senses, especially when it comes to religious structures. Here are some of the best and most beautiful churches in Bogotá that are worth visiting.

From its beginning as a nation, Colombia has been a Catholic country, and so our history is marked by this religion and everything it has conveyed over the centuries. Whether you are religious or not, there’s one thing we can’t deny and it’s the beautiful and often impressive architecture of churches, basilicas, and cathedrals that many Latin American cities have. In Bogotá, you can find and enjoy some of the best and most beautiful religious architecture you’ll ever see. Without a doubt, you’ll end up mesmerized by the colors, structures, altars, ceilings, and façades, all representing different styles, techniques, and periods of architecture. Here they are, some of the best and most beautiful churches that are worth visiting in Bogotá!

The first on our list is the main religious building in Bogotá: the Cathedral Primada. Located on the eastern side of Bolívar Square in La Candelaria, this Roman Catholic cathedral was built four times with the final construction taking place between 1807 and 1823. It’s considered the biggest religious structure in Colombia with 5,300 square meters and holds the remains of Bogotá’s founder, Gonzalo Jiménez de Quesada. With the eastern hills as a backdrop, the Cathedral imposes its beauty and importance on everyone that passes by. Don’t miss the chance to visit it!

Built in 1956, this is a relatively small church located in one of the most traditional schools in Bogotá, el Gimnasio Moderno in El Nogal neighborhood. With its four architectural naves representing the Greek cross, this church was designed by the architect Juvenal Moya and has some of the most beautiful polychrome stained glasses you can find in the city. It also has a relatively new and award-winning underground structure that serves as an “ashes cemetery.” It’s one of the best and most impressive works of engineering and architectural design in Bogotá.

Located in the heart of Chapinero, this basilica was built in 1875 and it’s one of the most important landmarks of Bogotá given that it’s the second-biggest religious structure after the Cathedral. Lourdes was also the first-ever neo-Gothic building constructed in Colombia and remains one of the few in existence today. The basilica’s main façade is impressive with its main central tower topped with pinnacles and three entrances framed in ogival arches. It’s erected next to a plaza that has generous public space where people can sit down, chat, and attend many different events. Lourdes is a must-see for religious architecture in Bogotá!

This is another Gothic-style church located in La Candelaria. It was built between 1926 and 1938. It’s quite easy to spot because it looks like a giant piece of bacon on the outside since its façade has white and brick-red stripes all the way up to the top of the central tower which is 57 meters tall. The ornamentation, both on the outside and inside, combines mosaics of various colors with gold accents and Byzantine and Arabic art to create a beautiful composition worth admiring. Because of its architecture, this church creates an interesting contrast with the surrounding buildings and stands out easily!

This is a very iconic building on our list because it’s located at the top of Monserrate where you can see the most epic view of the whole city. This church was originally built in the mid-1600s and renovated around the 1920s. It stands 3,172 meters above sea level. It has been a place of pilgrimage since colonial times and people actually hike all the way up to the church as a form of penitence. People also believe that the statue of the Fallen Lord of Monserrate has healing powers so it’s good to give it a touch. The façade and interior of this church are quite simple compared to others but equally beautiful mostly because of their importance and meaning for Bogotá.

This church is different from the others on our list not only because it was built a few years ago, but also because of its very impressive and beautiful architecture. Located at Gimnasio Campestre school, it’s entirely made of concrete and glass as a metaphor for the relationship between the divine and the human. Therefore, the structure itself is built like a levitating deck that embodies and enhances that connection through its use of space. From the ground level, you’ll only see the ceiling and the austerity that reigns over the church; in fact, it’s this austerity that creates the beautiful simplicity of the church. Go and pay a visit, it’s worth it! Also, check Archdaily to know more here.

The interesting and beautiful churches I just showed you are a great example of the different types and styles of religious architecture that you can find in Bogotá. As a city that still has an important Catholic tradition, these architectural works not only represent religion but are living witnesses of our national and local history. I encourage you to visit them and admire both the entirety of the buildings as well as their finer details!

For other related articles, read our article Plazas to visit near Bogotá: a journey into colonial urbanism.

Was this article useful? Do you know other things about churches in Bogotá? Or maybe you have an experience you would like to share? Please share and/or comment on this article, and visit our homepage Colture to take a look at my articles and many others to find more essential information about Bogotá.

The ultimate holiday's checklist you should do in Bogotá