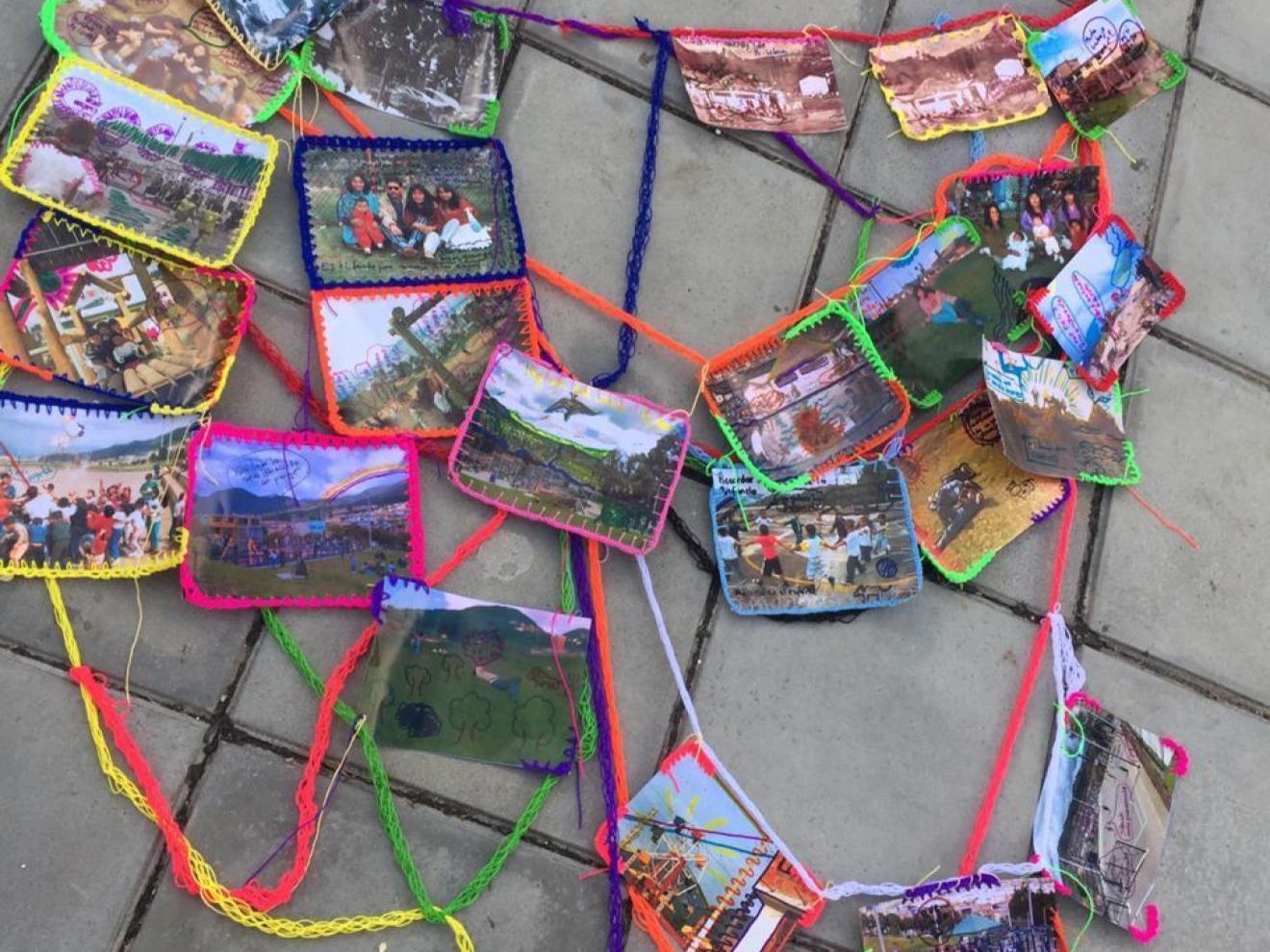 If someone tells you something about knitting, the first thing that comes to mind is a lovely grandma trying to make the twentieth pair of mittens for her grandson, or a group of little women in their fifties that meet up to do arts and crafts together. However, knitting has become a contemporary movement focused on depicting reality and building it in a collective manner through a sublime and peaceful act. This is the story of an artistic movement in Bogotá, the story of Daniela, a young woman eager to knit, create, and learn from and through the now-hip and inclusive art of knitting happening in Bogota.

How it all started

Daniela arrived, as always, beautifully dressed with knitted clothes of every variety and origin. She has always been interested in the intersection of artistic practices and community work, interested in knowing what people think about a work of art and involving them in the space between the piece and the audience. That’s when she realized that people have a lot of things to say and that in most neighborhoods, people also have a lot of things to express but those things are stuck in the normal procedures of public speech with nothing to transform them into collective thinking. For that reason, Daniela co-founded Entrelazadas, a public and communal knitting collective.

The first time Daniela learned to knit was with her mom and she became more interested in it after adulthood. Then she started working with  Entrelazadas due to her interests and started producing collectively with the rest of the girls. Their main goal is getting the art of knitting out of the house and regular venues. They were tired of seeing knitting as a commercial activity and started using it as a mechanism to affect public spaces, inspired also by the yarn bombing trend spreading all over Europe which also aims to get knitting out into the streets.

In the beginning, they started with knitting classes to even out the level level of knowledge that the assistants had and the varieties of knitting they all knew. After that, in la Cecilia neighborhood, they started collecting trash bags, cutting, and knitting to create small flags to decorate the streets. That process lasted about a month and it was the starting point of a revolutionary knitting movement in the area.

They use knitting because of the anachronism of it in the current generation. It keeps alive family heritage and also develops a complex nonverbal language that requires education and exists as a form of resistance. It is a way of using something that is seen as a hobby, and redefining it as a form of communication inclusive of every gender and age.

It is important to show this sort of dynamic outside of neighborhoods to enhance the utilization of public space by all members of the community, reaffirming it as a right that belongs to everyone and should be maintained by and for everyone, while also dispelling negative rumors about these spaces.

Knitting in the streets

“Parchemos la calle” (“let’s hang out in the street”) is a six-month initiative and a school of knitting in public spaces made for people of any age, gender, and profession who, regardless of their previous knowledge, can get into the class and start knitting. The only things you need are a good attitude, needle, and thread. The instructors will guide you every Wednesday at 3 pm in the Chorro de Quevedo.

For Daniela, knitting opened her mind to collective art as a metaphoric construction that can intervene in a lot of dimensions in human life. When someone is knitting, they are not only joining together some threads but also getting inside a new way of thinking, building with others, and making a lot of beautiful discoveries. This is why this initiative is one of the most interesting artistic movements in Bogotá!

If you are interested in art, and would like to take some really cool classes, read our article Art classes in Bogotá: an experience of social immersion.

Cool places to listen to live electronic music in Bogotá

El Virrey Park: a shot of green and fresh air in Bogotá