Top Colombian music artists you need to know about! Part I 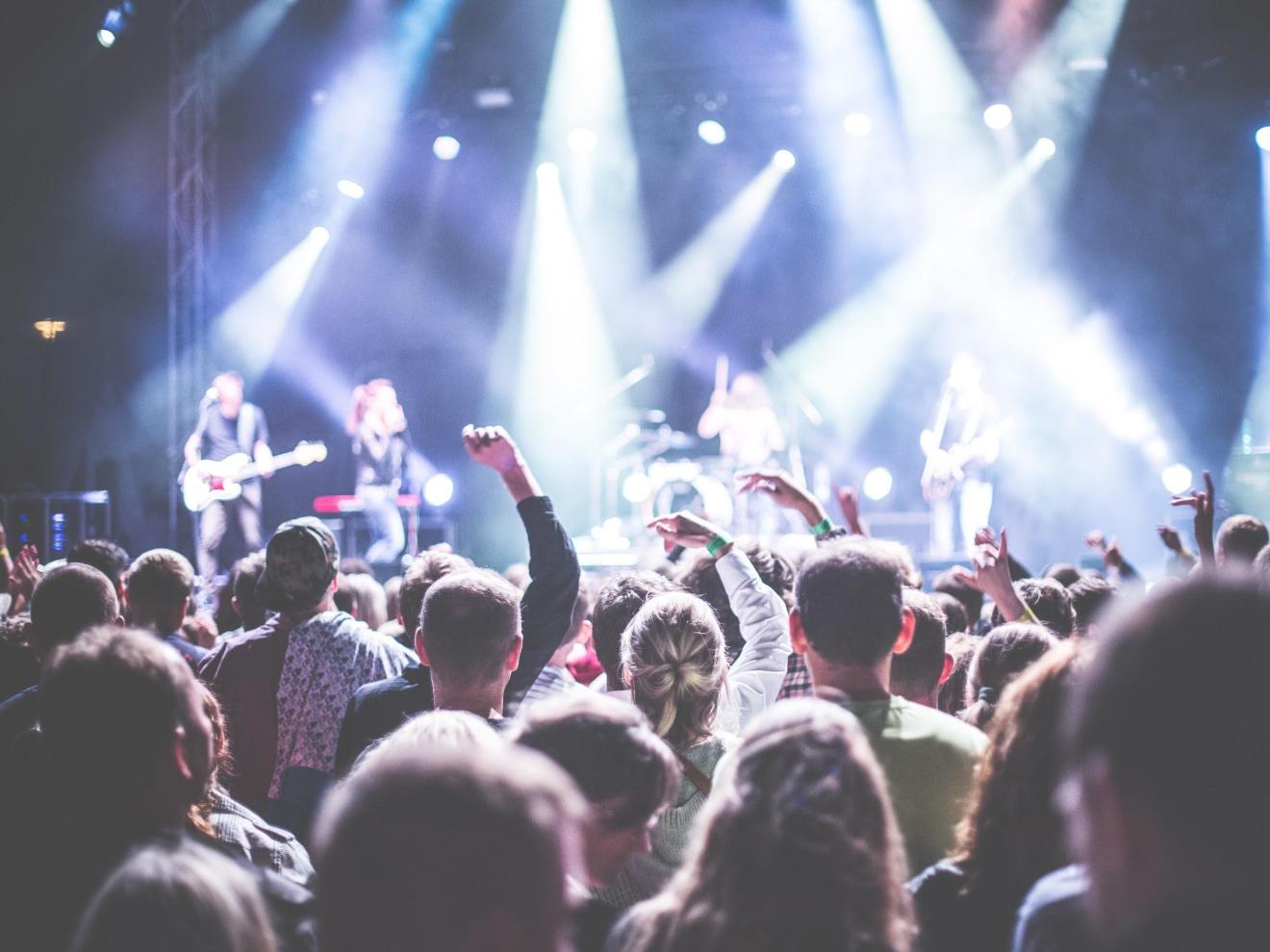 One of the things I feel very proud and enjoy the most about being Colombian is the amazing music and dances we have. So, prepare yourself because we are about to embark on a musical journey like no other. Introducing some of the top Colombian music artists, let the show begin!

I already feel happy by writing about this topic because I’m extremely excited to share with you some of the best music we have around this corner of the Caribbean. I’m actually trying to keep still on my chair as I’m lip-syncing the melodies in my head while I’m writing these words. Music is for sure one of the absolute best things we have in Colombia, and we enjoy it every single day, all the time. Music is present everywhere in this magical land, in all its forms, rhythms, and styles. It makes everything better and everyone happier; it doesn’t matter where or how it’s an undeniable part of our identity and existence. Now, I’m sure you are thinking about reggaeton or salsa, maybe Carlos Vives or J Balvin, but here, I’m going to share with you what I consider some of the best Colombian music artists that might not be as well-known, but they are just as good (if not better!).

In no particular order, I chose the groups/singers on this list not only because of their amazing music quality but also because they represent the best of our culture through their melodies, rhythms, and lyrics. Sit down, put your headphones on, and let the music take you to another dimension!

The queen of cumbia and probably the most important and popular representative of this genre. Totó is emblematic in Colombian music and everyone knows it! She represents some of the best musical heritage we’ve got over here, specifically of the Caribbean region. She has a formidable voice, huge charisma, and lyrics that give life to the traditions and culture of an entire region. Totó has won two Latin Grammy’s from four nominations. Don’t miss her out of your Colombian musical artists’ playlist and parties!

To listen to more awesome Toto’s songs, click on this Spotify playlist.

The Pacific region has enchanting musical rhythms (like currulao) and Herencia de Timbiquí couldn’t be a better example! There’s just something magical in their music and I’m sure you’ll feel it whenever you hear them. Fusing the Pacific rhythms with jazz, rock, and funk, these 11 musicians stand on the stage and work their magic with amazing and inspirational lyrics. Their music is a manifestation of a culture that has traveled from small towns to international stages. Please, check them out!

Carved from its cumbia roots, Bomba Estéreo’s music is explosive and highly entertaining! They have been nominated for several Latin Grammy’s and Grammy awards thanks to their electric fusion of rock, reggae, rap, cumbia (of course) and even champeta. Bomba Estéreo produces the type of music that makes you feel something through their lyrics and rhythms, and it’s practically impossible not to sing or dance along whenever you hear them! Don’t miss them, they are truly great!

To listen to more awesome Bomba Estéreo’s songs, click on this Spotify playlist.

Chill melodies, amazing lyrics, and a voice like no other are what characterize Monsieur Periné. This Bogotá-based musical ensemble mixes Latin and European rhythms to produce some of the best melodies you’ll hear. Actually, their somewhat exotic style makes them different and unique in their own way, and that’s why they attract the attention they get. Monsieur Periné’s musical creativity is the one thing that has led their way to conquer musical stages all over (in Colombia and internationally).

To listen to more awesome Monsieur Periné’s songs, click on this Spotify playlist.

Her stage name literally translates to “Martina, the dangerous”, but this Colombian woman is far from being a threat to anybody; rather, she’s a musical force that has conquered the public in the last few years. Her flow, rhythms, versatility and musical style have made her one of the new musical talents in Colombia to watch. Martina’s genre is quite diverse, mainly combining tropical rhythms, such as champeta, cumbia, pop and electronic. Feel the women’s music power listening to some of her songs!

One of the best rock bands in this country, with amazing lyrics and songs that usually talk about the perks of being in love. The Mills has taken over the national scene for more than ten years and enjoy quite the reputation among their fans and most beloved followers. Their musical style is greatly influenced by alternative rock as it’s shown in most of their work, though nowadays they are combining their melodies with new sounds to approach different audiences. The Mills surely know how to rock our world!

To listen to more awesome The Mills’ songs, click on this Spotify playlist.

Just like Bomba Estéreo, this band is explosive and fun! There’s no way Systema Solar won’t make you want to dance from the very first moment you hear them. This is the kind of music that makes you feel proud of your identity with its super catchy melodies and amazing lyrics. They actually have a more “party sound” that combines elements of Afro-Caribbean melodies, champeta, cumbia, and other genres; that’s why they are super festive! You can’t feel anything more Colombian than this amazing band for sure!

To listen to more awesome Systema Solar’s songs, click on this Spotify playlist.

Without a doubt, this is the band that put the Pacific Region on the map as one of the best musical hubs in the country. With immense talent and extremely catchy lyrics and rhythms, Chocquibtown is of the best Colombian bands nowadays. The trio, composed by Goyo and Tostao (who are married), and Slow, have won two Latin Grammy Awards and they keep getting stronger! Their melodies combine modern genres with traditional Colombian genres, including salsa and Latin jazz. If their songs don’t make you want to dance, then I don’t know what else will!

To listen to more awesome Chocquibtown’s songs, click on this Spotify playlist.

The only one in our Colombian music artists’ list that’s instrumental, but is as good and inspiring as the others. Montaña is a band of 4 friends that decided to create amazing musical experiences by mixing genres such as math rock and post-rock with other percussion sounds to create a unique sound. They have traveled across the country playing in independent and alternative festivals, making their way through the current musical scenes. They have even played in Festival Estéreo Picnic post-rock and Rock al Parque, which are two of the most important and largest festivals in Colombia. Enjoy them!

To listen to more awesome Montaña’s songs, click on this Spotify playlist.

Now, this is an orchestra you’ll like to listen to! Salsa in its purest and most enjoyable form (mixed with other rhythms as well). La 33 has been playing since 2001 and they are one of Colombia’s most recognizable orchestras. They have such a nice sound, a type of Caribbean soul melody, combined with percussion, rock, ska, jazz, and reggae. The interesting thing about them is that every song represents a personal transition of each of the members that have put their life and soul into this musical project. Not to be missed!

To listen to more awesome La 33’s songs, click on this Spotify playlist.

I hope this musical ride was worth it and that you, dear reader, feel more inspired and eager to enjoy some of the top Colombian music artists we have in this beautiful land of magical realism, happiness, and pure fun!

Was this article useful? Do you know other Colombian music artists? Or maybe an experience you would like to share? Please share and/or comment on this article, and visit our homepage Colture to take a look at my articles and many others to find more essential information about Bogotá.

The best neighborhoods to live in Bogotá: meet La Macarena